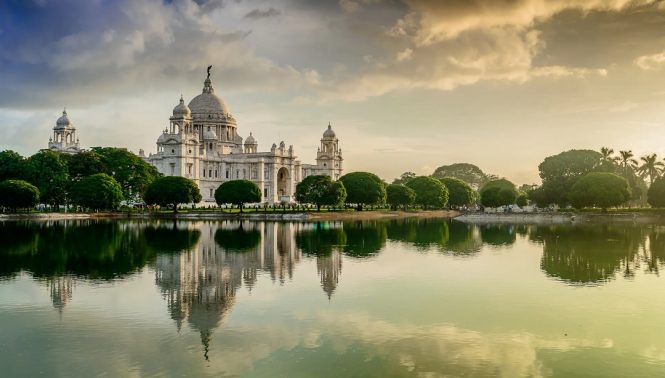 A view of the imposing Victoria Memorial in Kolkata, India. (Photo courtesy of Etihad Airways)

The UAE’s national airline will be restoring its direct links between Abu Dhabi and eastern India’s major gateway at the start of the northern summer season. From March 26 this year, Etihad Airways will provide a total of seven weekly nonstop services to Kolkata’s Netaji Subhas Chandra Bose International Airport, operated by Airbus A320 aircraft with eight seats in business class and 150 in economy. The resumption of flights to Kolkata means Etihad now flies to 14 destinations across the Indian subcontinent in India, Pakistan, Bangladesh, Sri Lanka, and the Maldives.

The flight schedule for the Abu Dhabi–Kolkata service is as follows:

This route relaunch comes shortly before Etihad goes double daily to New York JFK from April 24, offering greater flexibility for India-based travelers heading to the United States via Abu Dhabi. The flights will be operated with both Airbus A350s and Boeing 787-9 Dreamliners.

Now that Mainland China is reopening to the world and lifting all restrictions on international flights this Sunday, Etihad is aiming to add a weekly frequency between Abu Dhabi and Shanghai from February, when it will begin flying to Pudong International Airport twice a week using Boeing 787 and 777 aircraft.

Looking beyond Asia, an ongoing surge in demand for air travel across the airline’s network has made Airbus A380s financially viable once more. Etihad now plans to put some of its superjumbos back in service from the summer, when four of the double-decker aircraft will begin operating between Abu Dhabi and London Heathrow, freeing up capacity for increased frequencies on existing routes and the launch of new destinations.