The Abu Dhabi–based airline is aiming to resume scheduled passenger services to more than 50 cities around the world. 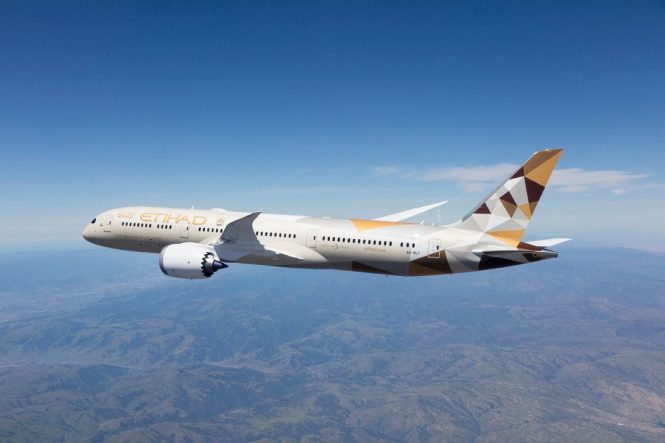 Emirates and Qatar Airways aren’t the only Gulf carriers that have embarked on a large-scale rebuild of their networks this summer. Now that the UAE has eased travel restrictions on citizens and residents traveling in and out of the country, Etihad plans to fly from Abu Dhabi to 58 destinations within a month’s time.

On top of the 31 routes that restarted last week, seven more are set to resume from July 16, including those between Abu Dhabi and Male in the Maldives (which is reopening to tourists next Wednesday). Another 19 destinations will be added back to schedules on August 1; more than half of those are in India, and the airline is also returning to major cities such as Istanbul, Moscow, and Washington, D.C. on that date.

The destinations listed on Etihad’s summer schedule are as follows: 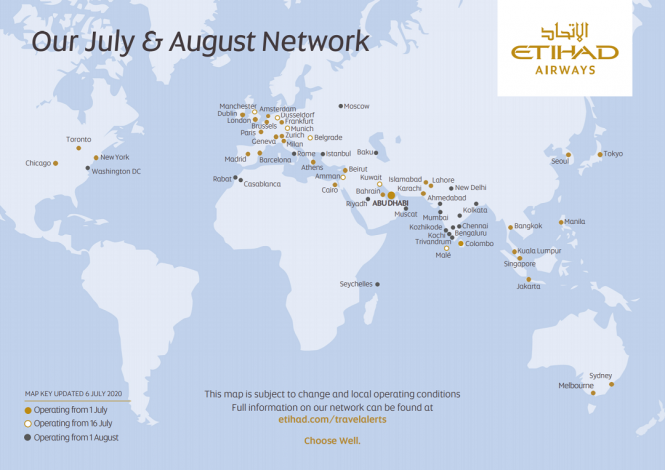 In a statement released yesterday, Tony Douglas, the CEO of Etihad Aviation Group, said, “We are delighted to announce the gradual expansion of normal scheduled services to more cities across our global network. The easing of restrictions on travel to and from the UAE is an important first step and a great development for Abu Dhabi. By August we aim to operate approximately 45 per cent of our pre-COVID capacity.”

He added, “While we have continued to operate a schedule of special passenger, cargo and humanitarian flights over the last few months, the priority is now to build the network back up on markets that have opened up, and to provide a secure and hygienic flying environment across the entire guest journey.”

To give passengers extra peace of mind, Etihad has introduced a multilingual team of Wellness Ambassadors, who have been trained to share advice on travel wellbeing and provide details of the health and hygiene measures implemented at every stage of the journey. Wellness Ambassadors will be on hand to answer customers’ questions at Abu Dhabi International Airport and aboard Etihad flights.