Known to be one of the most sought after destinations in Asia is Phuket, Thailand’s largest island. Formerly known as Thalang, the destination used to be known for its bars and nightclubs, but it has successfully reinvented itself into a place that has something to offer for every one.  Here are five reasons why you should include Phuket in your travel bucket list. Tourists can try their hand at kayaking underneath the bay’s numerous tunnels.

Phang Nga Bay first shot to prominence after one of its islands appeared in the 1974 James Bond film “The Man With the Golden Gun”. Located in between the Thai mainland and Phuket island, it remains as beautiful as it was in the 1970s with its emerald green waters, limestone cliffs, and lush vegetation. Tourists should follow the temple’s dress code: no shoes should be worn inside, and clothes should fall under the knees.

Feast your eyes on this beautiful and intricately made structure, one of the most important Buddhist temples in Thailand.  Dedicated to two monks who led the locals during a rebellion against the Chinese, the temple is located in the Mueang Phuket District.  For souvenirs, you can buy trinkets within the temple. This is probably one of the things that Phuket is known for, which happens to be the biggest transvestite show in Phuket. The cabaret, which first opened in 1991, performs in English and other languages. It runs three times daily with the last show performing at 9 p.m. You can make group bookings on their website from here. The best time to visit the statue is early morning to avoid the crowd of tourists.

Located in Karon, this giant 45 meter Buddha statue is one of Phuket’s most valued structures. The massive statue sits on top of the Nakkerd Hills, and looks over Chalong, Kata and Rawai. It’s said to be one of the best views of Phuket from up there!

Muay thai is a local ancient fighting technique that has developed into a global sport. A few good places to watch matches are at the Patong Boxing Stadium or the Bangla Boxing Stadium. For those that feel inspired and want to learn the art of muay thai, you can try the numerous gyms in the island that offer lessons. Some can be as long as several months, with classes ranging from beginner to professional level. 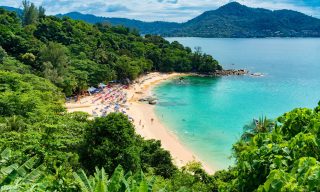 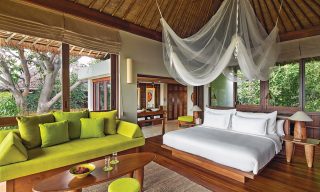 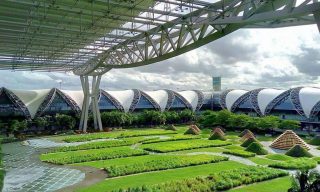 These passengers will be required to show their health certificate along with a filled-out T8 form t...