France’s Festival de Cannes may be spring’s film event extraordinaire, but these cities elsewhere in the world offer equally noteworthy film festivals and cinematic exhibits open for any and all cinephiles.

NEW YORK
Founded in part by Robert De Niro to revitalize its namesake neighborhood after 9/11, the 13-year-old Tribeca Film Festival (April 5–26) is now one of the city’s most star-studded events. Venues stretching from 23rd Street down to the Battery screen pre-released films of all genres, this year kicking off with the premiere of Live From New York!, a documentary about the king of sketch-comedy shows Saturday Night Live. In between films, grab a bite at Tribeca Grill, a De Niro–conceived dining den where the festival’s visiting big names are known to gather—this year, look for James Franco (on hand for the premiere of his new drama The Adderall Diaries) and the five surviving members of Monty Python, stars of the anticipated documentary Monty Python: The Meaning of Life. Later in May, Rooftop Films (May 22–August 22) picks up the festival baton, screening new indie flicks on rooftops, in gardens, and at other outside venues throughout the summer.

SEATTLE
Not only is the Seattle International Film Festival (May 14–June 7) the mostly highly attended film festival in the United States, but it’s also one of the longest. Much of its three-and-a-half-week span overlaps with Cannes, but industry professionals come to catch the tail end to try and pick future Oscar contenders out from the some 250 features, 150 short films, and handful of ultra-pre-releases that require viewers to sign a contract of confidentiality before watching. While in the city, don’t miss the Experience Music Project Museum’s Star Wars and the Power of Costume (through October 4) exhibit, which starts its 12-stop international tour here.

TORONTO
Documentaries are surging in popularity, and Toronto’s Hot Docs (April 23–May 3) is their bastion as the largest documentary festival in North America. If the 170-film program is overwhelming, look to the shorter list of special presentations, which this year include intimate portraits of Mavis Staples and Nina Simone in Mavis! and What Happened, Miss Simone?, a philosophical address on the state of the environment in Planetary, and a culinary field trip around the world in Foodies. Cinematic festivities continue at the overlapping Toronto Jewish Film Festival (April 30–May 10) and Contact Photography Festival (May 1–31), which exhibits renowned international photographers in 175 venues citywide.

SYDNEY
One of the longest-running film festivals in the world, the Sydney Film Festival (June 3–14) is also one of the most diverse, showcasing everything from high-intensity dramas to animations and director retrospective film series. It’s known for sending its moviegoers across town to the city’s coolest theaters, from the retro, velvet-curtained Hayden Orpheum Picture Palace Cremorne to the screening rooms in the Art Gallery of New South Wales. The latter is also running a film series of its own through April and May called Brought to Light (through June 3), showing the influence of Australian-made films, alongside a photo exhibition of similar theme, The Photograph and Australia (through June 8). 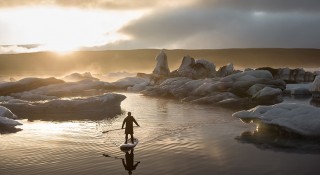 5 Breathtaking Places to Explore on a Paddleboard

Here we list the five best places to go for a one-of-a-kind, at times adrenalin-pumping, paddleboard... 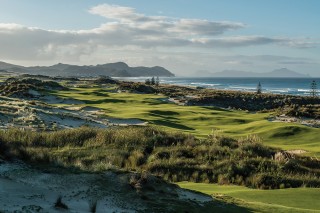 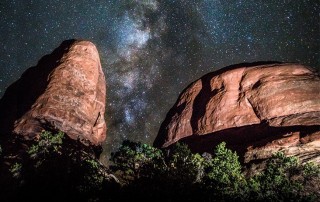