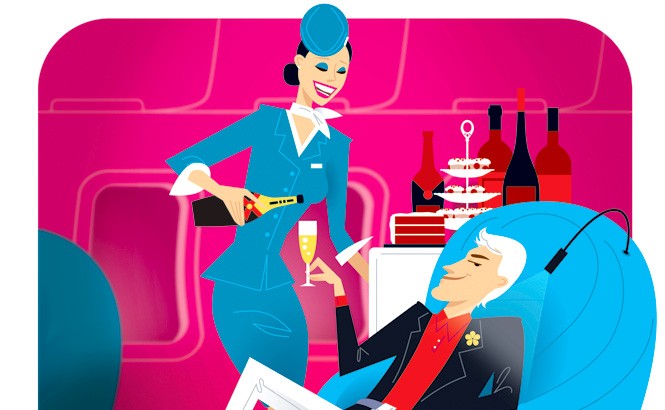 Banks have emerged as particularly big players in this game, with many now offering credit cards and bank accounts that earn points with a given airline program, or even their own proprietary point programs that allow for transfers to a selection of partner airlines. You certainly shouldn’t fly without earning points in some way or another, but increasingly, you shouldn’t really do much of anything without earning some points.

Joel Widzer is the author of The Penny Pincher’s Passport to Luxury Travel and a self-proclaimed “travel strategist.” He says, “The deeper airlines can extend into consumers’ purchasing habits the more difficult it becomes for consumers to switch programs. At the same time, program extensions offer consumers multiple earning streams, simplicity, convenience, and increased opportunity to earn elite status.”

Sure enough, aside from a continuously growing list of ground-based partners, a number of developments are in the pipeline for loyalty programs of some major Asian airlines. Malaysia Airlines is set to join the Oneworld alliance in 2013, a major boost for a carrier that has lagged behind regional powerhouses like Singapore Airlines and Cathay Pacific in recent years. It promises to give Malaysia’s passengers extended reach through alliance codeshares and frequent-flier benefits across a number of new partners, and could also mean that its Kuala Lumpur hub will see new services, as partner airlines look at new ways to pick up traffic into and through Southeast Asia.

Garuda Indonesia’s program has tended to be one of the weaker examples in the region because of its lack of alliance affiliation, but as the airline is now working hard to improve both its quality and image in the region, its program is seeing some changes. Aside from a fresh look for its membership materials and an imminent entry into the SkyTeam alliance, Garuda has launched a special program for corporate travelers on its Hong Kong routes in an effort to lure the city’s executives onto its Jakarta- and Bali-bound services. Benefits include discounts, upgrades, and a dedicated check-in area for program members. More incentives are afoot as the airline seeks to woo high-revenue passengers.