The facade of Raffles Hotel Singapore.

For more than two years, the legendary Raffles Hotel Singapore stood behind layers of scaffolding, its alabaster white exteriors hidden from plain sight on Beach Road. Following a three-phased renovation beginning in February 2017, the grand dame has finally reopened, ushering in a new era of luxury and heritage. First unveiled in 1887 and declared a National Monument a century later by the Singapore Government in 1987, the hotel holds a treasured spot in the hearts of both Singaporeans and the well-traveled. The restoration process was no mean feat, considering how aged the property was. Led by acclaimed interior designer Alexandra Champalimaud (whose portfolio includes iconic hotels like The Waldorf Astoria and Hotel Bel-Air) and supported by leading global architecture and design firm, the hotel emerged with refreshed interiors, new suite categories, a new Raffles Spa, and exquisite dining concepts helmed by celebrity chefs. The hotel’s Jubilee Hall has been transformed into a ballroom that seats 300 guests.

Step into the grand lobby and you’ll see that a sparkly chandelier takes centerstage, sans check-in counters as guests now enjoy their check-in in the comfort of their suites. The new keycards also come leather-bound and embossed with illustrations of famous personalities who have stayed in Raffles Hotel Singapore over the decades, including actress Elizabeth Taylor and writer Joseph Conrad. Residence, Promenade and Studio suites, are the three latest additions to the hotel’s existing line-up, bringing the total room count from 103 to 115. Inside the Residence Suite.

Known for staging plays and concerts back in the 1990s, the hotel’s Jubilee Hall has also been transformed into a ballroom that seats 300 guests.

Christian Westbeld, general manager of Raffles Hotel Singapore said: “There are few hotels in the world whose names have become virtually synonymous with the cities in which they are located–and none more so than the Raffles Hotel in Singapore. The newly restored Raffles will provide an experience like no other.

“It is our wish and desire that our guests will continue to create treasured memories at the hotel, while rediscovering what makes it so special–the distinctive architecture, heritage and legendary service.” Bathroom in the Courtyard Suite.

Despite all the changes, loyal guests will find that the well-loved Raffles experience remains familiar, thanks to the meticulous Raffles Butlers.

The three-story Raffles Arcade has also been newly outfitted with a Raffles Boutique, alongside other bespoke retail and lifestyle brands. Check out the return of luxury watch brand The Hour Glass and German camera brand Leica, as well as new additions such as co-working space The Great Room and restaurant Burger and Lobster. On the dining front, expect restaurant collaborations with famous names in the culinary scene, such as Chef Anne Sophie Pic of the three-Michelin star Maison Pic in Valence, France, as well as venerable French Master Chef Alain Ducasse. At the refreshed Long Bar, sip on the original Singapore Sling, now recreated with a slightly tweaked recipe. 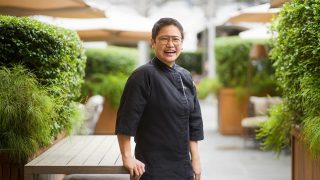 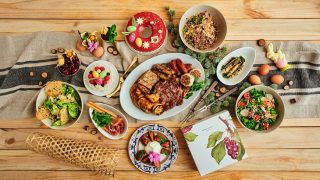