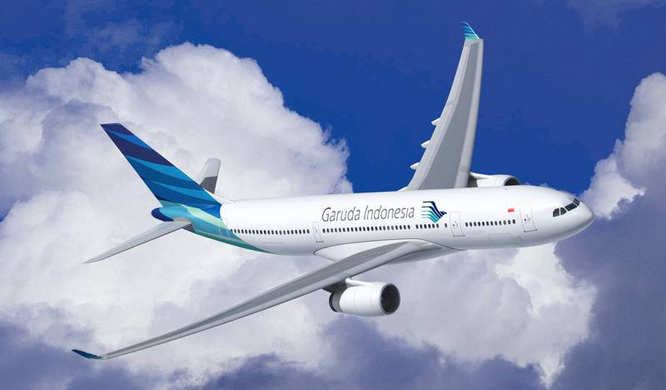 Garuda's A330-200 to service flights between Bali and Beijing.

In an effort to strengthen its network in China, Garuda Indonesia has launched regular direct flights between Bali and Beijing, as of January 12. The Bali-Beijing route will be serviced by the carrier’s A330-200s, departing from Bali thrice-weekly on Mondays, Wednesdays, and Fridays at 21:45 Central Indonesia Time, with return flights from Beijing operating in the early mornings of Tuesdays, Thursdays, and Saturdays. With this new service, Indonesia’s flag-carrying airline now offers a total of seven flights per week to China’s capital from Jakarta and Denpasar. Arif Wibowo, CEO of Garuda Indonesia, says that the new route will effectively leverage China’s growing number of outbound tourists.