With Sustainable Gastronomy Day coming up this week, we turn our attention to a quintet of celebrated venues that are doing their part to help the environment by reducing food miles. Though its name was originally conceived to reflect the ratio of Thai produce to imported ingredients used in the kitchen, this pioneering restaurant in the historic Bangkok neighborhood of Charoenkrung has gone entirely local since it underwent an extensive revamp at the end of 2018. The dynamic husband-and-wife team behind 80/20—Thai chef Napol “Joe” Jantraget and Japanese pastry chef Saki Hoshino—plate up creative twists on regional Thai fare by combining lesser-known indigenous ingredients with French cooking methods. Preservation, pickling, and fermentation also play a major role here. The two tasting menus at 80/20 change every few months: previous iterations have included crispy pork belly with fermented chili sauce, duck-egg custard with pumpkin done three ways (roasted, compressed, and made into kombucha), and more adventurous delights like smoked prawn crudo with ant eggs. 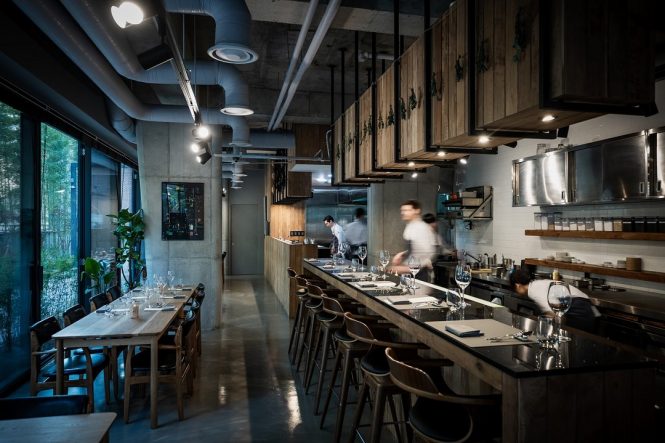 Rather than relying on imported luxury foodstuffs such as caviar, foie gras, and truffles, Tasmanian-born chef Joseph Lidgerwood champions everyday Korean ingredients and spotlights them in innovative ways through a seasonal tasting menu. His creativity has not gone unnoticed—Evett was awarded one Michelin star, and Lidgerwood is now known for elevating even the humblest produce (black sesame and freshwater snails among them) into edible works of art. His recent creations have included young pinecone caviar and a savory nuruk (a traditional fermentation starter made of wheat, rice, or barley) tart with sea cucumber and courgette. Set lunches and dinners can be paired with local liquors on the suggestion of the restaurant’s dedicated Korean alcohol sommelier. 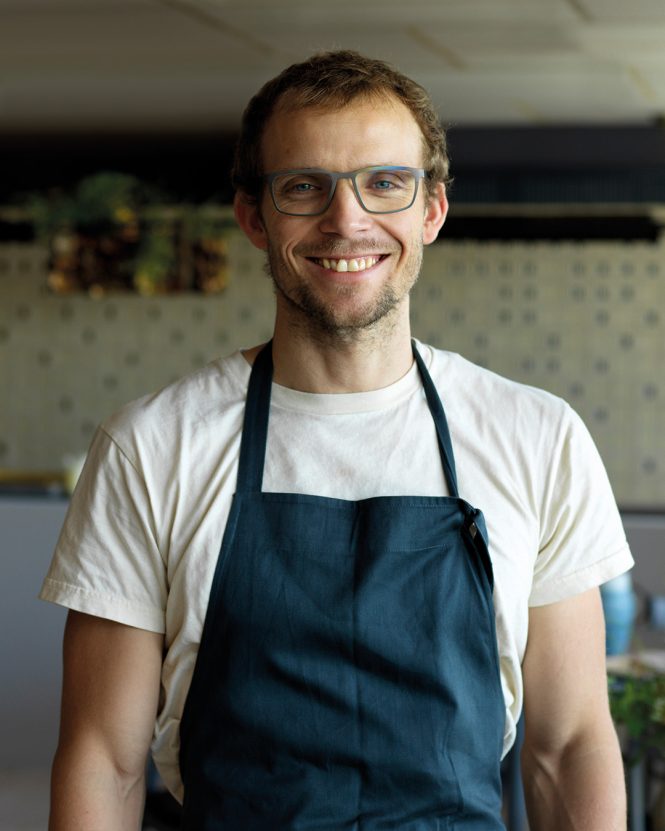 Noma alumnus Thomas Frebel—who spent three years as the head of Rene Redzepi’s research and development team while based in Copenhagen—opened up his own restaurant in Tokyo’s riverside Iidabashi neighborhood two years ago, and the venue has since been furnished with not one, but two Michelin stars. Frebel brings together a Scandinavian approach with a razor-sharp focus on premium Japanese ingredients: think Hokkaido enoki mushroom, Okinawan wild pepper, shiro-ebi shrimp from Toyama prefecture, foraged beach roses, and even bee larvae from Nagano—a prized delicacy that is even more expensive than sea urchin. Diners can opt for seven-course Sunday lunches held at least twice a month to grand 15-course set dinners offered five days a week (Tuesday through Saturday). 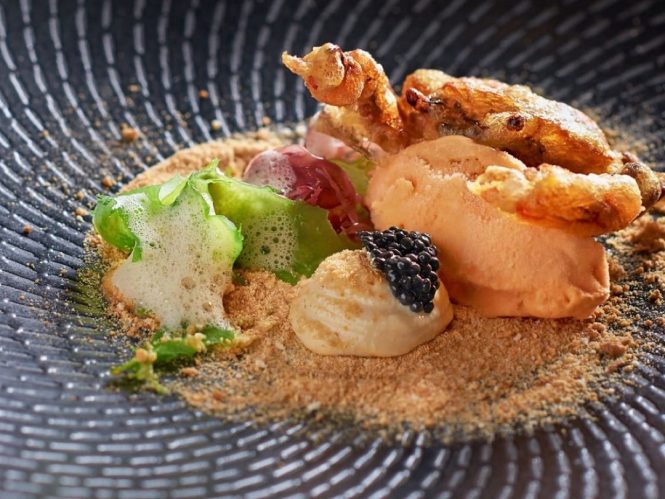 One of the first iterations of Labyrinth’s chili-crab ice cream. (Photo: Labyrinth)

One-Michelin-starred Labyrinth offers an inspired take on Singaporean cuisine, revolutionizing hawker-stall favorites thanks to the creative genius of chef Han Li Guang. Contrary to expectations, Han sources much of his poultry, herbs, and shellfish from local farmers and fishermen, using them to play up the historic cross-cultural pollination that has made Singaporean food such a riot of flavors. Don’t miss the claypot “ang moh” chicken rice—a unique adaptation of a Westernized version of the dish created by Han’s grandmother to suit the palates of her British employers during colonial times. Come for dinner and you’ll also get to try the signature chili-crab ice cream, featuring wild-caught flower crabs seasoned with salted mackerel powder, egg whites, and locally grown strawberries. 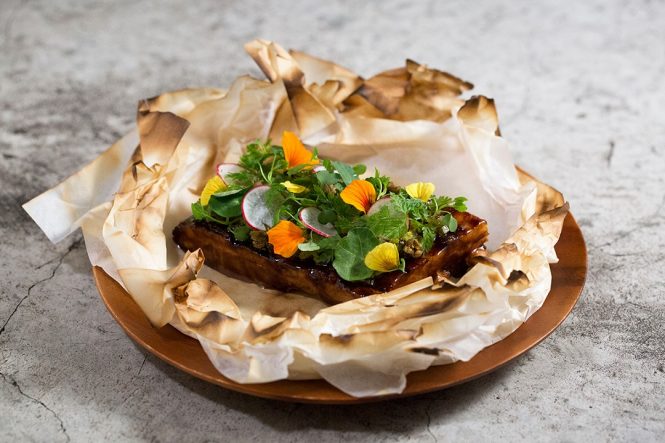 One-Michelin-starred Mume is garnering plenty of recognition these days; it came in at an impressive 18th on the most recent ranking of Asia’s 50 Best Restaurants. Hong Kong–born chef-owner Richie Lin got his start at several notable Sydney eateries, including Quay (helmed by the acclaimed Peter Gilmore), before moving to Copenhagen to learn the art of cutting-edge Scandinavian cuisine at Noma. In the open kitchen at Mume, which sources 99 percent of its foodstuffs locally, he gives Taiwanese ingredients the new Nordic treatment. Dinner tasting menus here might include cuttlefish with mullet roe; an artfully plated dish of tuna crudo with plum and kombu in turmeric, basil, and chili oil; and abalone and duck risotto. Save room for dessert: you’ll want to nibble on the mango with honey and ice cream made from the whisky brewed in Kavalan distillery, based on Taiwan’s wilder east coast. 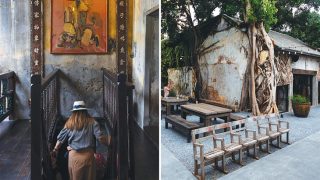 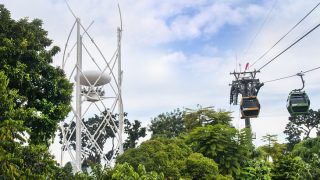 The brand-new ride is opening ahead of schedule on December 15, just in time for the year-end holida... 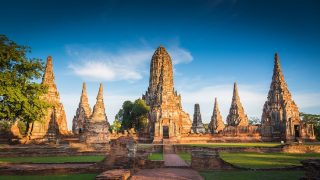 Quarantines will soon be dropped for vaccinated travelers returning from destinations like Phuket, S...