For a slice of Parisian life beyond the Seine, the 10th arrondissement has personality in spades.

Between the October reopening  of the Musée Picasso (home to the world’s largest collection of works by the Spanish artist) and the buzzed-about boutiques of the nearby Haut Marais neighborhood, this neck of Paris’s 3rd arrondissement is well and truly on the map. For those looking to step further off the French capital’s well-beaten tourists tracks, however, just to the north lies the lower 10th arrondissement, where the areas around Porte Saint-Denis and the Canal Saint-Martin—a lovely 19th-century waterway lined with poplars and plane trees—offer a charming, eclectic authenticity all of their own.

Where to Stay
On the east bank of the Canal Saint-Martin, the dozen eco-chic guest rooms at Le Citizen Hotel (96 Quai de Jemmapes; 33-1/8362-5550; doubles from US$260) feature sustainably harvested wood, fair-trade cotton, and artworks from Creative Growth, a California-based center for disabled artists that operates a showroom nearby. Even more intimate are the holiday rentals on offer from Portuguese transplant Christophe de Oliveira, who, in an 18th-century building on the southwestern edge of the 10th, has recast a series of a workshop spaces as stylish short-stay apartments. Now appointed with wooden paneling and designer chairs, the Laundry Loft, Boulangerie House, Atelier 34, and a cozy courtyard house called La Maisonnette are both affordable and adorable (34 rue de l’Échiquier; Boulangerie Room; 33-6/2478-5874; doubles from US$135).

Where to Eat
Running north from the triumphal arch of Porte Saint-Denis, the bustling rue du Faubourg Saint-Denis is a virtual United Nations of culinary offerings, with an African spice emporium, a fruit-filled Punjabi grocery, and a Syrian coffee shop clustered close to the 17th-century archway. Here you’ll also find Urfa Dürüm (No. 56; no telephone), a hole-in-the-wall Kurdish sandwich shop where the dürüm—flatbread wraps filled with spiced meats—are divine. Farther up at the black-awninged corner bistro Le Napoléon (No. 73; 33-1/4770-2136), nightly specials like pot-au-feu and roasted chicken in thyme juice get scribbled on a chalkboard outside, while aperitifs are sipped at the popular bar.

Trip Notes
An easy walk south from the 10th arrondissement, the Musée Picasso Paris first opened in 1985 inside the former Hôtel Salé, a 17th-century baroque mansion. The museum’s closure in 2009 for a two-year renovation has stretched to five, but when it reopens late October following an estimated US$70 million makeover, its collection of more than 5,000 works by Picasso will be one of the hottest cultural tickets in town. 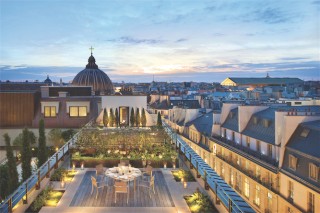 A trio of Asian-born luxury hotel brands debuts in Paris. 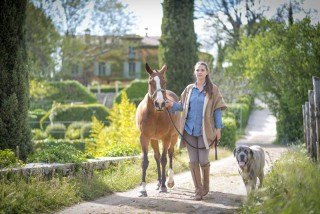 Live a simpler life in the heart of Provence at the luxurious Domaine de la Baume. 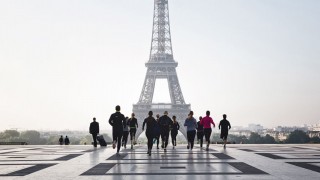 The Bounty of Bourget

In the tiny village of Le Bourget-du-Lac, a quartet of Michelin-starred restaurants awaits. 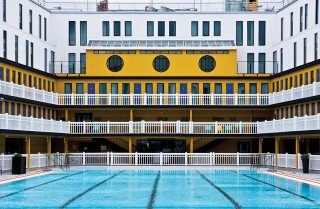 The birthplace of the bikini has reopened as a splashy MGallery-branded hotel and swimming club. 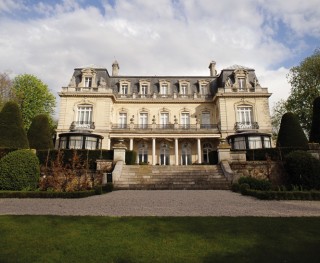 Chef de cave Didier Mariotti greets us. “I love the peace of the cellar,” he says. “No phones,...