Art buffs may equate the onetime Russian capital with masterpieces from the past, but the city has plenty of more recent artworks to admire as well. An installation titled Cherry Orchard by Konstantin Polyakov at the Erarta Museum.

St. Petersburg is synonymous with art thanks to the State Hermitage Museum. Founded in 1764 by Catherine the Great and opened to the public in 1852, it is just slightly smaller than the Louvre yet holds nearly 10 times more in its collections. From ancient Scythian gold jewelry to masterpieces by Michelangelo, Leonardo da Vinci, and Titian, the Hermitage houses more than three million artworks, objects, and artifacts. Much of that is displayed in the jade-green Winter Palace, which stretches several blocks along the Neva River. Modern paintings, including an unparalleled collection of Picassos and Matisses, hang in the imposing General Staff Building just across from it on Palace Square.

But what about contemporary art in this splendid, canal-laced city on the Baltic?

Moscow is the commercial center of Russia’s dynamic art scene. Yet St. Petersburg—the glorious former imperial capital 635 kilometers to the northwest—has been enjoying a cultural renaissance of its own. These days, there are many fine galleries for aficionados wanting to admire something more recent than what the Hermitage holds in its collections. Begin by heading across the Neva River from the city center to the Erarta Museum on Vasilyevsky Island. The largest private museum of contemporary Russian art in the country, it holds nearly 3,000 pieces from over 300 artists. Erarta’s five floors include installation spaces, top-notch temporary exhibitions, and an excellent permanent collection that surveys the past half-century of Russian art (especially late-Soviet underground art). Don’t miss the gift shop, Erarta Home Stores, which sells souvenirs and books alongside designer furniture, home decor items, and even original pieces by Russian artists.

Along a lovely stretch of the Fontanka Canal is the Marina Gisich Gallery, open since 2000 and one of the oldest galleries in city. While representing a number of leading Russian artists, owner Marina Gisich continues to showcase young talents as well, among them the Siberia-born textile artist Tanya Akhmetgalieva and Semen Motolyanets, co-founder of the local art group SOAP. Exhibitions in the large, airy hall change every two months or so. The gallery also collaborates on joint projects with other European museums and international art fairs. A four-kilometer stroll up the Fontanka will bring you to KGallery, home to an ample collection of Russian art that spans from the second half of the 19th century through the 20th century. Of particular interest are works from the end of the Soviet era by artists who rejected the officially sanctioned style of social realism. These include pieces by the Leningrad (as St. Petersburg was then called) underground of “nonconformist” painters such as Mihail Chemiakin, who was exiled in 1971 for his radical versions of traditional icon paintings. KGallery also holds key pieces from the “Eleven Group,” 10 painters and a sculptor who exhibited together in the 1970s. Evgenia Antipova, Zaven Arshakuni, Valery Vatenin, and the others shared certain aesthetic principles—their colors tended to be fulsome and romantic, even bold—as they sought freedom of expression in a society inching toward openness and Glasnost. With such a strong collection, the gallery’s two floors of exhibition space have shown some of the most important names in Russian art since opening 12 years ago. Works by Moscow-born Kirill Chelushkin at the Marina Gisich Gallery.

Founded in 2005, the influential Anna Nova Art Gallery continues to focus on 21st-century works, with an emphasis on large-scale installations. On show through August is an exhibition of graphical pieces by a dozen Russian and international artists that explores abiogenesis, the theory that life on Earth originated from nonliving matter.

Organizing some 50 exhibitions a year that range from traditional photojournalism to video art, installations, animation, and experimental cinema, ROSPHOTO on historic Bolshaya Morskaya Street is St. Petersburg’s top photographic gallery. Founded in 2002, it often collaborates with major international galleries to offer avant-garde exhibitions in two floors of gallery space and a building in the courtyard. The small onsite gift shop carries a wide selection of contemporary photographic books (in Russian) and monochromatic postcards.

At the heart of St. Petersburg’s alternative art scene is the Pushkinskaya 10 Arts Center. Accessed from Ligovsky Prospekt across from the city’s main train station, it occupies a couple of ramshackle courtyard buildings that house an eclectic range of galleries, workshops, and small museums. A single ticket covers this multifaceted peek into post-Soviet counterculture art; highlights include the two exhibition spaces of the Museum of Nonconformist Art. The center is also home to cult music venue Fish Fabrique Nouvelle, where you can join idealists and radicals for a drink and a couple of sets by a top band; recent acts have included Swedish punk rockers The Headlines and the all-female Russian ensemble Cantadora. Artistically speaking, Pushkinskaya 10 is as far from the regal, airy, and hushed halls of the Hermitage as you can get.

This article originally appeared in the August/September 2018 print issue of DestinAsian magazine (“A Contemporary Slice of St. Petersburg”). 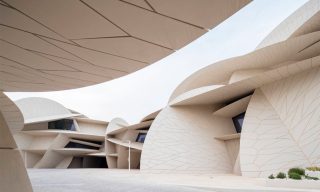 Whether it’s a former police station or what was once an Arab sheik’s palace, there’s no short... 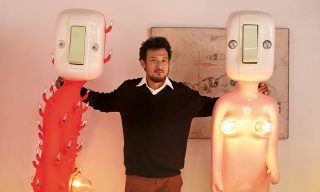 Bangkok may still rule the artistic roost in Thailand, but the country’s laid-back second city is ... 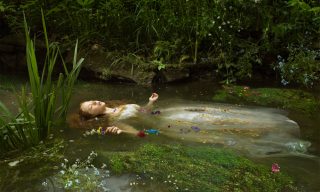 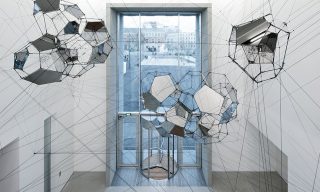 Learn About the Bauhaus Movement at These Two Museums

Following the April inauguration of the Bauhaus Museum Weimar in the school’s birthplace, Bauhaus ... 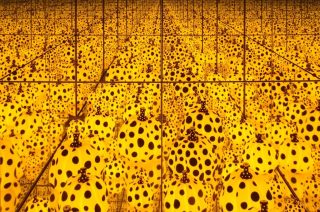 A museum dedicated solely to the works of the avant-garde artist—who made a name for herself thank...