To protect the oceans, the Portuguese carrier has pledged to eliminate the use of single-use plastic items on its flights by the end of 2019.

On boxing day last year, Hi Fly operated the world’s first plastic-free flight on an Airbus A340, which jetted between Lisbon and Natal in Brazil.

This looks set to be a historical milestone that bodes well for the future of sustainability, as the passenger flight took place without any single-use plastic products on board.

As the first of four such trials over the festive season, the flight served more than 700 passengers.

The next three text runs will see the airline use natural bamboo cutlery and compostable containers by Vegware, as well as other items made of plant-based, renewable, and recycled materials.

While the airline isn’t the first to commit to reducing the use of plastic items, it certainly seems to be the most ambitious, with its aim to be completely plastic-free by the end of the year.

Airlines that have made announced similar efforts include Air New Zealand and Delta, which have both pledged to cut plastic usage. Alaska Airlines has also cut out the use of plastic straws. 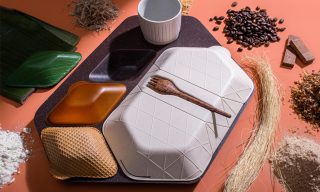 Design studio PriestmanGoode is currently in talks with airlines and rail companies, in the hope of ... 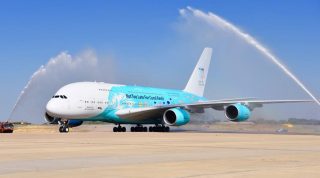 A Look at Hi Fly’s Coral Reef-Themed A380

Making history as the first Airbus A380 to land in Portugal, the superjumbo’s livery looks set to ... 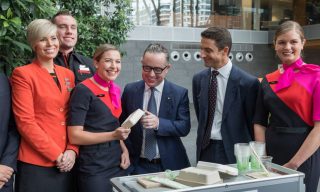 Qantas to Slash Three Quarters of its General Waste by 2021