It will open in 2025 as the fourth Southeast Asian property for the ultra-luxe brand, after sister hotels in Bangkok, Jakarta, and an upcoming one in Kuala Lumpur. 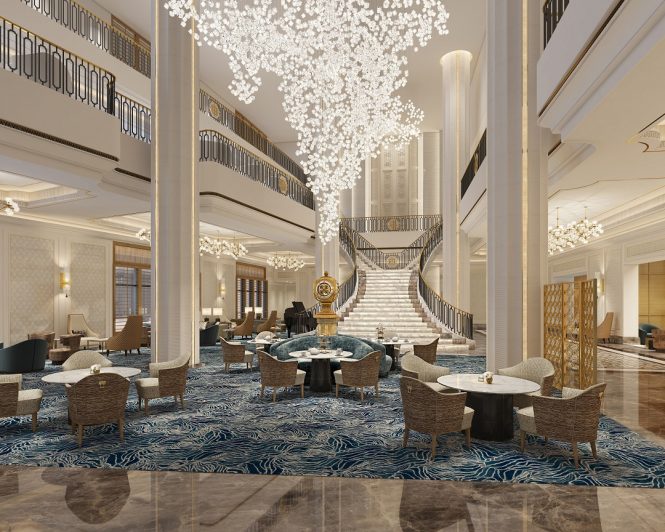 An artist’s impression of the lobby at Waldorf Astoria Hanoi. (All images courtesy of Hilton)

The 1999 debut of the Hilton Hanoi Opera in the Vietnamese capital’s former French Quarter drew some attention given its sensitive location adjacent to a neoclassical landmark modeled after the famed Palais Garnier in Paris. While the exterior recalls the Hanoi Opera House next door through a mansard-inspired zinc roof, a similar color scheme, and full-height columns on a curved facade, the interiors have seen better days. Now, thanks to a new signing between Hilton and owner BRG Group, the two-decade-old business hotel is about to be refashioned into Vietnam’s first Waldorf Astoria.

Extensive renovations will see the number of rooms and suites reduced from 286 to 187, and several newly released renderings show that public spaces like the four-story lobby are due to be completely redesigned. Slated for completion in 2025, Waldorf Astoria Hanoi will join Hilton’s pipeline of nine other hotels and resorts that will open in Vietnam in the coming years.

The luxury hotel will also feature four dining concepts including an outpost of Peacock Alley — the brand’s signature lounge and bar — as well as two restaurants and a rooftop lounge. Guests can also look forward to holistic therapies at the Waldorf Astoria spa and reconfigured event spaces totaling over 1,000 square meters. About a 40-minute transfer from Noi Bai International Airport, Waldorf Astoria Hanoi will put guests within easy walking distance of the city’s atmospheric Old Quarter, Hoan Kiem Lake, and other attractions like Vietnam’s National Historical Museum.

Waldorf Astoria Hotels & Resorts operates six hotels in China, Thailand, and the Maldives, and will more than double its presence in the Asia-Pacific region over the next five years. Apart from the newly announced outpost in Hanoi, properties are currently under construction in Sydney, Tokyo, Jakarta, and Kuala Lumpur. 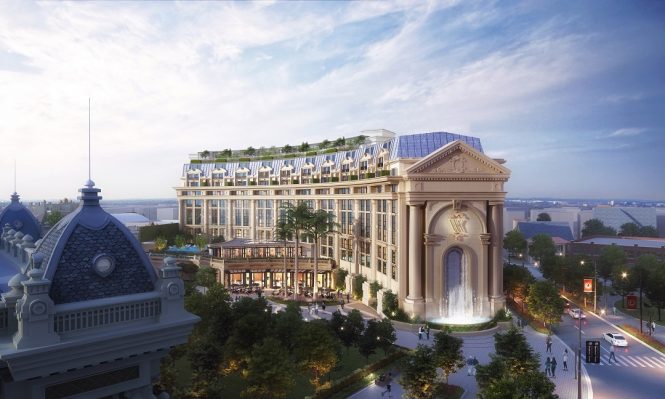 A rendering of the Waldorf Astoria Hanoi’s renovated exterior. All rooms and suites will be completely overhauled ahead of the 2025 opening. 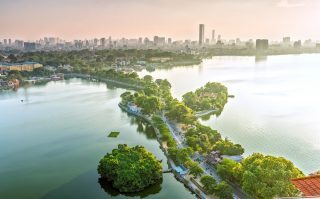 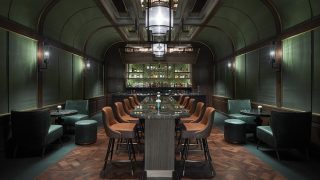 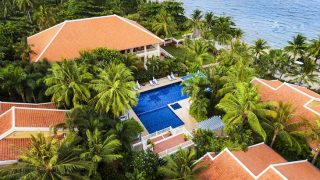 Guests can look forward to a five-star retreat that exudes laid-back sophistication and old-world ch... 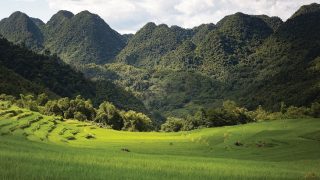 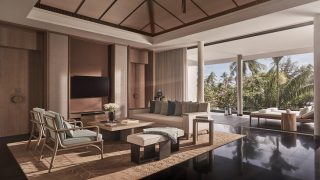