Travel-starved Hong Kong residents will soon be able to book a seat on three joyrides timed for early November. 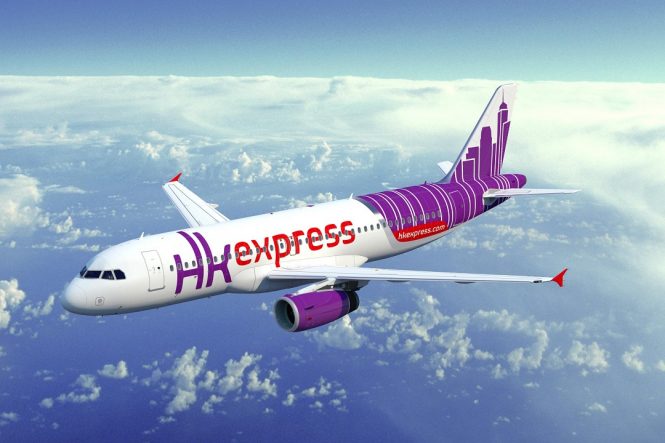 Following the example of several other airlines around the Asia-Pacific region, low-cost carrier Hong Kong Express is set to trial “flights to nowhere” later this year. Dubbed the #UOFlycation experience, it has been billed by the airline as a “perfect opportunity to rediscover the joy of flying.” In a statement, Hong Kong Express said the journeys would also “showcase the many preventive measures the airline has introduced to keep travelers safe and healthy.” Scheduled for November 1, 7, and 8, these flights will depart at 2:30 p.m. and take customers on a 90-minute joyride in the skies of Hong Kong.

Before boarding, passengers will receive a gift pack laden with souvenirs from various HK Express destinations. The airline also said that customers would enjoy fun activities while on board, but did not go into specifics. Other details such as the pricing and views expected along the route are likely to be announced in the coming days.

HK Express is the latest Asian carrier to offer “flights to nowhere.” South Korea’s Asiana Airlines announced last week that it would operate two sightseeing services on October 25 and 26, involving an 80-minute journey that will see an Airbus A380 aircraft take off from Incheon International Airport and overfly the beach resort of Gangneung on Korea’s east coast, the southeastern city of Gimhae, and Jeju Island before turning back to Incheon. According to The Korean Herald, tickets for the flights were snapped up the day they were released, with Asiana’s top-of-the-line Business Suites and business-class seats selling out within 20 minutes. Elsewhere in Asia, All Nippon Airways, China Airlines, Eva Air, and Starlux Airlines have all been offering similar trips. Singapore Airlines was reported to have floated the idea of three-hour domestic flights from Changi, but ultimately dropped it on environmental grounds.