A trading hub known for its openness to imports, Hong Kong has started to look inward for its produce —with interesting, and often delicious, results

There’s not another person in sight. The only movement is the gentle wind-ripple of crops in the surrounding fields, and the languid silence of this late-summer morning is broken only by the occasional drone of insects. It’s an unlikely place for a revolution—or even for Hong Kong. But here we are, a mere 10-minute cab ride from the Kam Sheung Road train station, in the heart of the New Territories. It is a side of the city visitors don’t often see, where the buildings rarely rise beyond three stories, and village lanes are too narrow for cars to navigate. And where a handful of farmers are determined to change the dining habits of an entire food-obsessed metropolis. Raising seasonal vegetables on small plots, they’re working to wean Hong Kong off its dependence on imported produce, mostly from mainland China.

The question of autonomy—how much is desirable, or even possible—looms constantly in Hong Kong, still wrestling with its place in China nearly two decades after it was handed back from British rule. And while its prospects fade politically, more residents appear ready to demand it on the dinner table. A network has taken shape over the past two years that links organic produce from urban farms to a growing roster of markets that blend old-school bartering and trendy design; specialty products formulated in semi-abandoned industrial spaces; and restaurants that simultaneously pursue commitments to sustainability, health, and the culinary cutting-edge. The result is a proliferation of venues and flavors that, while often internationally inspired, are united in championing all things local.

For Yuwing Wong, the owner and operator of Au Law Organic Farm—the place I’m visiting in the New Territories—it’s less a new phenomenon than a return to the way things once were. He estimates that when his parents began farming in the area 60 years ago, around 70 percent of the city’s vegetable supply was produced domestically. That’s since dwindled to two percent. Nonetheless, four years ago, he walked away from a management position at an electronics company to take up his parents’ trade, only with organic techniques. “My boss couldn’t believe it,” he recalls with a broad, infectious grin. The first year, Wong farmed alone, but he soon realized there was a lot of pent-up demand for locally grown greens produced without harsh pesticides. He’s since expanded the farm twice and now employs seven people, who diligently tend the fields around us or trundle past on bicycles with full baskets of choi sum, a leafy Chinese cabbage. Customers can now place orders via the farm’s website or a mobile app, which Wong plans to make available in English next year. On weekends he welcomes visitors and runs organic farming courses.

One doesn’t have to look far to find similar stories to Wong’s. On Hong Kong’s largest island, Lantau, Donald Latter recently gave up his job as a teacher to work full-time on Dragontail Farm, nestled in the forested hills outside the laid-back beach community of Mui Wo. While Latter is still awaiting formal organic certification, he sells a range of potatoes, carrots, greens, and herbs to local residents, and also holds hands-on experience sessions for visitors where they learn organic techniques and composting, help prepare beds and plant seeds, and even catch tadpoles or try their hand at nature-inspired artwork. “I would like our farm to become a model for others to learn from and to inspire others to take up organic farming to whatever extent they are able,” Latter says.

Honey is another commodity that artisans are lining up to make locally. Founded in 2010, collective HK Honey produces the golden liquid—as well as candles made from natural beeswax—at a network of rural and rooftop beehives, including one on the roof of the InterContinental hotel. Bee’s Nest, meanwhile, makes 100 percent organic ivy, longan, and lychee-flower honey varieties along with honey-based soap and beauty products.

Organic produce has been cultivated in Hong Kong for some time of course. But along with a new generation of farmers has emerged an entirely new market—several, in fact. In 2012, Vince Poon was among those who got the ball rolling in earnest when he noticed a shortage of safe, verifiably local veggies and weekend activities, at least compared to his native Sydney. The idea was born for Island East Markets, an event that now takes over a square at the heart of the Taikoo Place office complex each Sunday. It has blossomed into a warm, community-infused experience that is equal parts shopping and theater. Pram-pushing parents and stylish couples navigate the lanes between festive-looking tents where vendors hawk everything from fresh tomatoes to handmade soaps and used children’s books, and local musicians frequently turn out to serenade the crowd. Yet Poon believes Island East Markets has a serious mission, and he is working with farmers and now fishermen to expand the range of local food on offer. “We want people to be able to come here, get everything they need for the week, and be guaranteed of its safety,” he says. “There’s a sense of peace that comes with knowing where your food is from.” 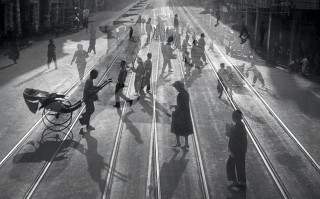 An Inside Look at Fan Ho’s New Photo Book

Take a peek at the dreamlike pictures in the latest book from one of Asia's most famous photographer... 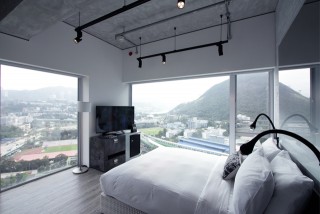 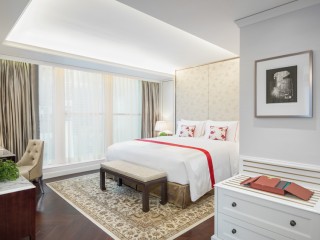 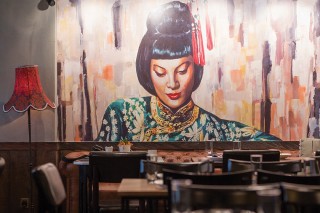 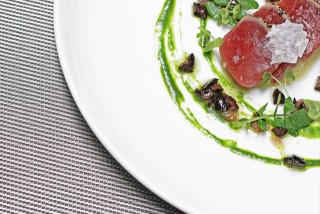