One of Asia’s busiest aviation hubs will be lifting restrictions the same week as Singapore Changi Airport. 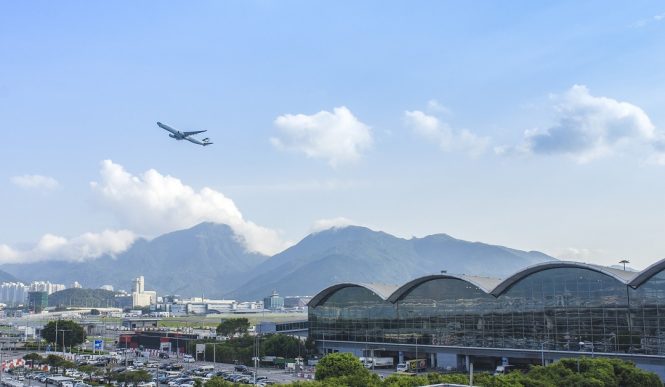 A Cathay Pacific jet takes off from the southern runway at HKIA. Photo: Jimmy Chan/Pixabay

Two months after the local government imposed a temporary ban on travelers passing through Hong Kong International Airport (HKIA), chief executive Carrie Lam made the announcement that transits will once again be permitted on June 1. This comes as a relief for locally based airlines such as Cathay Pacific and Cathay Dragon, which have had to shift their focus to air cargo since the Covid-19 pandemic took hold at the end of March. Figures released by the airport showed that passenger traffic fell 99.5 percent this April compared to the same period last year, with the aviation hub handling only 32,000 travelers throughout the entire month.

Hong Kong’s Airport Authority has said that transit passengers must go through temperature screening and will be required to wear masks at all times. Those facing longer layovers cannot enter the territory on a whim: current restrictions mean that only Hong Kong residents are allowed in, along with passengers from Mainland China, Taiwan, or Macau who have not been to any other jurisdiction in the past two weeks. All those who pass through immigration are tested for Covid-19 in a convention center near the airport, where arrivals must spend up to eight hours waiting for their results. Incoming passengers who test negative will still have to undergo a mandatory 14-day self-isolation period.

The move to allow airport transits is concurrent with the latest relaxation of social-distancing measures in Hong Kong. Nightclubs, party venues, karaoke lounges, and bathhouses are now able to resume operations on May 29, though with certain restrictions in place. The South China Morning Post reports that clubs can only be filled to 50 percent capacity with a maximum of four people at each table, while karaoke parlors should have no more than eight patrons in each room. Government-run performance venues such as the Hong Kong Cultural Centre on the Kowloon waterfront will reopen on June 1, but live audiences will not be permitted at performances at least until the middle of the month.