But the Lion City is reopening its borders to Hong Kong residents, who will not need to quarantine upon arrival. 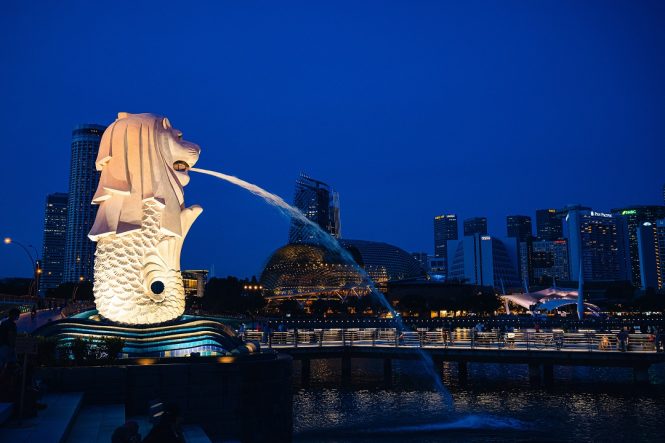 After postponing their much-anticipated Air Travel Bubble several times due to spikes in Covid-19 cases, Hong Kong and Singapore have now decided not to pursue the bilateral quarantine-free arrangement. On Thursday evening, a statement released by the Hong Kong government explained why further discussions had ended. “All along,” a spokesperson said, “it was premised upon similar anti-epidemic strategies adopted by the two places, aiming to reduce local caseloads to a minimum.”

But Singapore’s stated roadmap toward becoming a “Covid-resilient” nation in the coming months puts it at odds with the elimination policy favored by Hong Kong. For the travel bubble to operate, the seven-day moving average of unlinked local cases would have to remain below five, but Hong Kong officials expressed concerns that figure “may not be kept consistently at the required level in Singapore as a result of its new strategy.”

Singapore plans to gradually relax travel restrictions when 80 percent of the population has been fully vaccinated, an ambitious goal that the city-state is on track to reach by early September. Covid-19 will then be treated as an endemic disease akin to the flu, and close contacts will no longer have to isolate, while daily case numbers will not be announced as in the past.

Though the travel bubble is no longer on the table, the statement added that both governments “remained committed to facilitating connectivity between the two places.” Starting from 11:59 p.m. tonight, the Lion City will unilaterally allow travelers from Hong Kong to enter quarantine-free, marking a major step forward in resuming cross-border travel between the two major cities.

Hong Kong, on the other hand, remains committed to pursuing a zero-Covid strategy, and strict quarantine measures for arrivals from Singapore will not change. As the city-state is classified as a medium-risk country by Hong Kong health authorities, fully vaccinated Singapore residents must spend 14 days in managed isolation inside a hotel, while unvaccinated visitors will be denied entry. It’s understood that Hong Kong’s government has prioritized reopening the border with Mainland China, though Chinese officials have said that will not happen until vaccination levels in Hong Kong exceed 70 percent. As of August 18, only about 40 percent of the territory’s residents have been fully inoculated.