Restrictions set to expire on Wednesday will remain in force for another week. 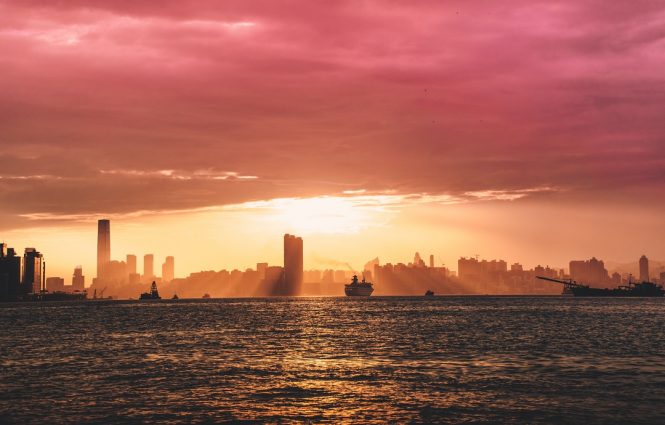 Sunset over Victoria Harbour and the skyscrapers of Kowloon. (Photo: Joel Fulgencio/Unsplash)

As Hong Kong continues to battle with a third wave of coronavirus infections, the local government is urging the public to stay at home as much as possible and avoid all unnecessary social activities. Strict rules imposed on July 29, including mask-wearing mandates and the wholesale closure of leisure and entertainment facilities, will now last until next Tuesday, with the possibility of being extended further should the situation remain critical.

Yesterday, a spokesman for Hong Kong’s Food and Health Bureau said in a statement, “In view of the latest public health risk assessment, in particular the higher risks brought about by activities conducted without wearing masks as well as various social activities as shown in recent cases, we are of the view that, at present, it is necessary to extend social distancing measures.”

The statement went on to cite the “enormous burden currently put on the healthcare system” of the territory. Earlier today, The Guardian reported that 75 percent of beds in isolation wards set aside for coronavirus patients were now occupied. Unlike most countries where those with mild symptoms are allowed to recuperate at home, Hong Kong sends every single person with a positive Covid-19 result into isolation at a hospital.

A blanket ban on restaurant dining last week was reversed just a day after the new regulation went into force, thanks to a resounding public backlash. A flurry of complaints over social media showed photos of blue-collar workers eating on pedestrian footbridges, and some were forced to seek shelter from heavy rain at mealtimes inside public toilets. Eateries now have permission to stay open during daytime hours, with no more than two diners per table; for now, overall capacity cannot exceed 50 percent. From 6 p.m. until 5 a.m., only takeout and delivery services will be permitted.

As for leisure facilities, all swimming pools, gyms, and sports centers must remain closed for the time being. The same rule applies to pubs, bars, and entertainment spots such as karaoke lounges and mahjong parlors. Live performances and dancing are currently banned in dining venues as an extra precaution.

Public gatherings of more than two people are still not allowed, while masks must be worn both indoors and outdoors and at all times on public transportation. No exemptions will be made for people engaging in exercise or those on a smoking break, and anyone caught without a mask will be fined a maximum of HK$2,000.

Yesterday’s tally of newly confirmed Covid-19 cases was 80, down from the triple-digit-figures recorded in Hong Kong over the previous 12 consecutive days. But health experts and government officials alike have cautioned that it is too early to tell if this signals the start of a downward trend all residents are hoping for.