With the territory’s fourth wave of the virus appearing to wane, a “travel bubble” may finally be on the horizon. 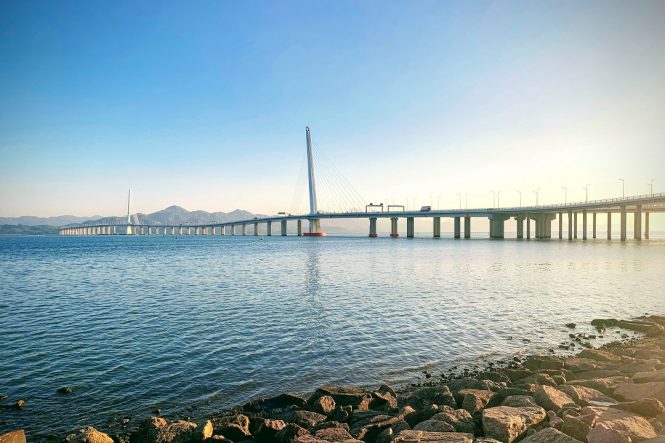 The Shenzhen Bay Bridge is one of three border crossings between Hong Kong and Shenzhen that have remained open throughout the pandemic. (Photo: Joep Lam/Unsplash)

Hong Kong’s Secretary for Transport and Housing, Frank Chen, has said cross-border traffic with Macau and Mainland China can resume when the number of new Covid-19 infections drops to the low double digits or single digits. Chen told lawmakers in the Legislative Council yesterday the news as just 19 new coronavirus cases were confirmed in a 24-hour period, the lowest daily count recorded since the middle of November.

Hong Kong has been working on a new health code for travelers crossing over to Macau and Mainland China (and vice versa) that will allow them to forgo mandatory self-isolation after testing negative for the virus. Mainland authorities were reportedly planning to drop quarantine requirements for travelers from Hong Kong once the territory reached 14 consecutive days with zero infections, but the move was ultimately postponed when a third wave hit the city between July and September, followed by the current outbreak that began in November.

Hong Kong’s government has drawn criticism for its slow progress with a vaccine rollout compared to other jurisdictions around the Asia-Pacific region. Singapore began its inoculation program on December 30, and more than 175,000 of residents have received their first dose so far. Hong Kong is due to receive its first shipment of the German-developed BioNTech doses, acquired by Shanghai-based company Fosun Pharma, by the end of this month. The voluntary vaccination scheme will then prioritize individuals from groups vulnerable to exposure, such as frontline medical workers and the elderly.

A quarantine-free “travel bubble” involving Hong Kong’s close neighbors will throw a lifeline to its ailing hospitality and tourism industries. In pre-pandemic times, tourists from Mainland China accounted for as much as 78 percent of all visitor arrivals to the city. After logging just 46 coronavirus cases and zero related deaths, nearby Macau reopened its borders to the mainland in August last year. The tiny gambling hub went 200 days without any new cases of Covid-19; this nearly seven-month streak was only broken on January 21, when local health authorities announced that an individual with travel history to the United Kingdom and the UAE had tested positive for the virus.