But airlines will still be penalized for bringing in even a miniscule number of Covid-infected passengers. 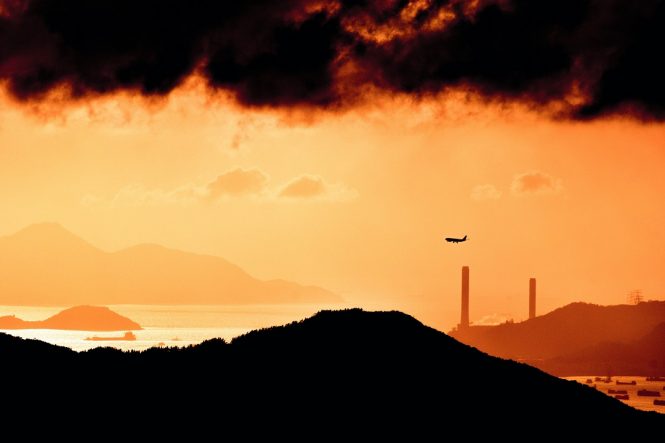 Health authorities in Hong Kong have “streamlined” their route-specific flight suspension mechanism, shortening the length of each temporary ban from 14 days to seven beginning on April 1. A government statement published in the early hours of Sunday said the policy would continue to be used “to reduce the risk of importation of cases as far as practicable,” and keep its low threshold. Weeklong suspensions will be triggered when three or more passengers from the same flight test positive on arrival, or at least one is found to be Covid-infected while one or more travelers “fail to comply with requirements” set out under local pandemic regulations.

The updated rule will take effect the same day Hong Kong ends its three-month ban on passenger flights from nine countries, while lifting restrictions on all transit passengers and halving mandatory quarantines to seven days. Unvaccinated children below the age of 12 can also undergo a shortened self-isolation period together with their parents.

At a press conference yesterday, the territory’s Chief Executive Carrie Lam said there was “no room for major relaxation” when it came to these flight suspensions and added that her government would “never be able to meet the aspirations and needs of the aviation industry.”

In contrast to the clear and science-based approach taken in Singapore, a lack of clarity has been a defining feature of the pandemic response from Lam’s administration. Airlines do not get banned immediately once rules are breached, and the suspensions are typically made public between one and three days after the offence is committed. Hong Kong has been roundly criticized for its overly harsh policies that unnecessarily penalize aviation companies; passengers flying into the city must already be fully vaccinated and test negative for Covid within 48 hours of departure.

Still, the change is a small step forward for the city’s struggling flag carrier. Cathay Pacific previously said it would only run flights every two weeks in light of the potential suspensions, and the airline can now increase frequencies on its more popular regional and long-haul routes. Since Sunday’s announcement, Cathay has already added a third flight from Bangkok and Sydney in April, on top of a second service from London and Kuala Lumpur next month.