So long as they’re willing to spend a week in quarantine, fully vaccinated non-residents will be allowed to visit. 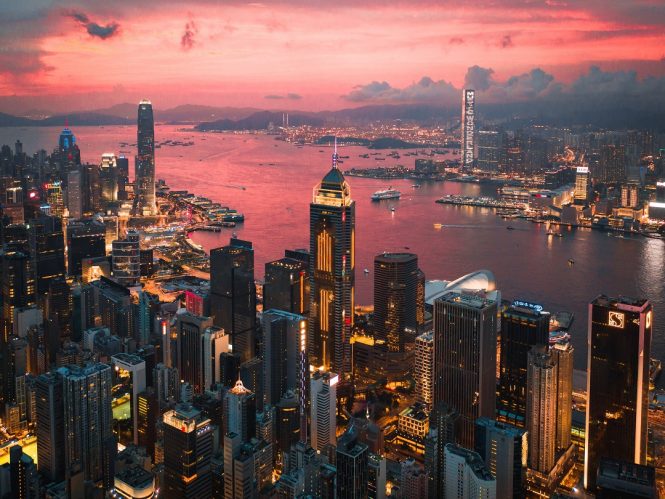 Victoria Harbour and the skyscrapers of Hong Kong at sunset. (Photo: Manson Yim/Unsplash)

Authorities on Hong Kong are lifting a ban on non-residents at midnight on May 1, though the seven-day quarantine requirement is set to remain in force. All incoming visitors must take a PCR test within 48 hours of departure, hold a recognized vaccination certificate, and show confirmation of a seven-night booking at a designated quarantine hotel. The testing process for international arrivals is being streamlined: an extra rapid antigen test will be introduced so travelers can go straight to their quarantine hotel to await the results of their on-arrival PCR test, instead of spending several extra hours at the airport.

Officials are easing the territory’s strict flight suspension mechanism to reduce the uncertainty Hong Kong–bound travelers face when planning their trips. Current seven-day flight bans on specific routes will be shortened to five days from May 1, while the suspension will be triggered if five passengers test positive on arrival or five percent of all travelers onboard the flight, whichever is higher. Airlines will also be punished if three or more Covid-infected passengers disembark from the same plane, and at least one person does not have the correct paperwork.

In a statement, a spokesperson from the city’s Food and Health Bureau said these changes were a response to the decreased risk of bringing in the virus from abroad: “Although daily passenger arrivals have increased since April 1, when the government lifted the flight bans from nine overseas regions, the ratio of imported cases has dropped instead of risen.”

Since rules were modified at the beginning of this month, Hong Kong’s home airline Cathay Pacific has been slapped with the highest number of flight bans, with services temporarily halted from Jakarta, London Heathrow, Manchester, Melbourne, Sydney, and Vancouver. Emirates and Qatar Airways have both been penalized three times, affecting flights from Dubai via Bangkok and nonstop services from Doha. Other carriers are choosing to stay away until later in the year due to the continued restrictions; British Airways plans to return only at the end of September.