The latest Covid-19 restrictions deal another blow to the local leisure industry as it gears up for peak season. 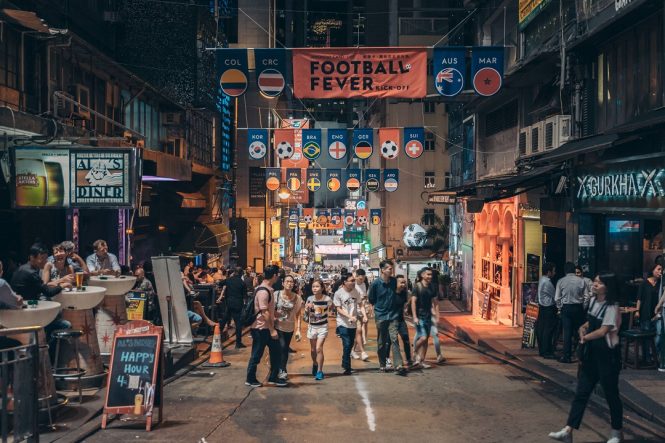 With Hong Kong well into a fourth wave that has delayed the launch of its much-anticipated travel bubble with Singapore, the territory’s government has announced new social distancing measures aimed at stopping the spread of coronavirus indoors.

In a press release issued just before 3 a.m. this morning, a spokesman for the Food and Health Bureau said the local Covid-19 situation was drastically worsening: “There have been over a hundred cases reported from the large outbreak cluster caused by group gathering activities in indoor premises. At the same time, there have been a number of local cases with unknown source reported in the last few days, indicating the existence of many silent transmission chains the community.”

The same statement outlined a raft of new restrictions that will take effect starting tomorrow (November 26) and limit mask-off leisure and entertainment group activities in closed spaces. All bars and pubs, nightclubs, and bathhouses must close, while party rooms are to remain shut. This will be the third time bars and nightclubs in Hong Kong have been forced to close during the pandemic. Entertainment venues stopped operating for a month in April, and were then shuttered between mid-July and mid-September when a third wave of cases hit the territory.

From Thursday, live performances and dancing will be banned in all catering premises, as well as in the meeting or function rooms of clubhouses. Hotels are also coming under increasing scrutiny: no more than four people are allowed in a guest room, with the limit raised to eight people for suites that have more than one bedroom. Group sizes at banquets cannot exceed 40, while weddings are to be capped at 20 participants.

Though the biggest cluster of cases in Hong Kong’s latest outbreak is connected to a series of dance venues across the territory, dancing schools that “fulfil the definition of fitness centers” can continue operating so long as they adhere to infection control measures. Masks must be worn by all coaches and participants if they are spaced less than 1.5 meters apart, and no more than four people will be permitted in each training group or class.