The revised social-distancing measures for mask-free environments will be in force for the next two weeks. 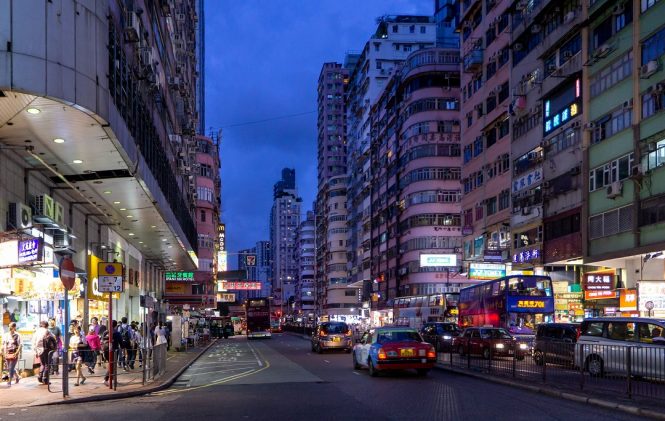 Dusk falls on Argyle Street in the neighborhood of Mong Kok. (Photo: MrPrevedmedved/Pixabay)

Hong Kong may have stopped an initial outbreak of Covid-19 from mainland China and a resurgence fueled by travelers returning from abroad, but the territory is now battling a third wave of the disease. Thursday saw a jump of 34 community infections, a record high in daily local cases since the virus reached the territory in January (the previous record of 24 cases was recorded on March 27).

At a press conference yesterday, Secretary for Food and Health Sophia Chan said new targeted restrictions would be imposed starting this weekend in response to the latest surge of cases. Alluding to Hong Kong’s “suppress-and-lift” strategy to allow continued economic activity without overwhelming the healthcare system, she told journalists, “Now it is the time for us to suppress. And the focus of the suppression is really on mask-off activities.”

The revised measures will be in force for two weeks with the possibility of an extension. Restaurants will be required to impose a limit of eight customers per table and operate at 60 percent of their maximum capacity, while bars and pubs can seat just four patrons per table. Nightclubs can only be filled to 60 percent capacity and must also restrict the number of customers at each table to four. Meanwhile, the maximum group sizes in gyms, karaoke lounges, and party rooms will be halved from 16 people to eight. Food and drink will no longer be allowed at cinemas.

This afternoon, Secretary for Education Kevin Yeung Yun-hung announced that summer holidays for kindergartens and primary and secondary schools would start next Monday. The date was brought forward to reassure parents and avoid potential transmission between students in a classroom setting. According to public broadcaster RTHK (Radio Television Hong Kong), another 32 new cases of local transmission have been recorded today, including 11 residents of a public housing block in the satellite town of Sha Tin. Officials are now planning to evacuate the building. As of July 10, the confirmed tally of Covid-19 cases in Hong Kong has reached 1,404 infections and seven fatalities.