The latest round of coronavirus restrictions in the territory are likely to come into force later this week. 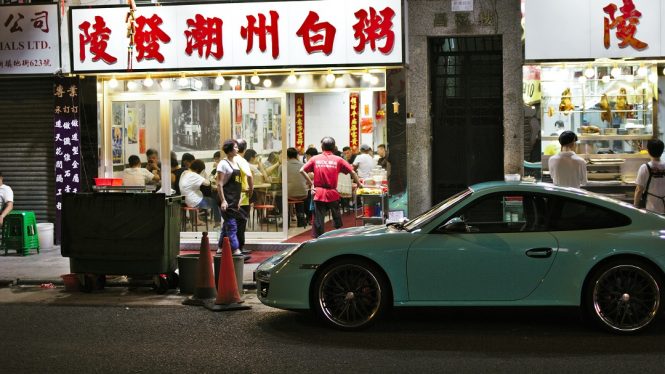 Social-distancing measures are being tightened further across Hong Kong as its fourth wave of Covid-19 shows no signs of abating. At a press briefing today, the Chinese-ruled territory’s Chief Executive Carrie Lam announced that gyms would soon be closed, along with sports venues, beauty salons, and massage parlors. Eateries will have their operational hours further reduced with the reintroduction of a ban on dine-in services after 6 p.m. “The situation is very worrying,” Lam said. “This wave is more complicated and more severe than the last wave. The confirmed cases are widely spread out.”

She added that supporting regulations would be introduced in a bid to limit the numbers of people on the streets. However, Lam did not set a timeline for when the new restrictions would be implemented; they are likely to begin later this week. In separate remarks to reporters, she said all those returning to Hong Kong from abroad would soon be required to undergo another PCR test on the 19th day after their arrival. Lam explained that this extra precaution was necessary because the incubation period of the virus exceeded 14 days for certain individuals.

This Friday, the fixed penalty for those who break anti-epidemic rules in Hong Kong will drastically increase from HK$2,000 (US$258) to HK$5,000 (US$645). The move has drawn criticism from leading epidemiologists, who say the higher fines are not fair to the poor as they are disproportionately affected by the pandemic and least able to practice social distancing.

Recent weeks have seen the emergence of the biggest-ever cluster of Covid-19 cases observed in the city since the start of the pandemic, with at least 643 infections linked to dance clubs frequented by wealthy socialites. Hong Kong logged 103 new confirmed cases today, marking the fourth time that figure reached triple digits in the past week. The number of unlinked community infections far exceeds the average daily threshold allowed under the travel bubble with Singapore, which has been delayed to January at the very earliest.