The rule will be scrapped in April, with hotel quarantines for vaccinated travelers halved to seven days. 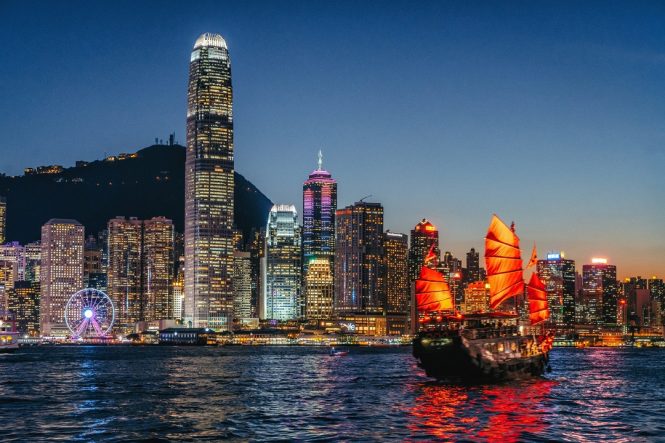 Authorities in Hong Kong now plan to roll back some of its tough travel restrictions next month. At a press conference on Monday, the territory’s Chief Executive Carrie Lam announced that the monthslong prohibition on all passenger flights from nine countries — Australia, Canada, France, India, Nepal, Pakistan, the Philippines, the United Kingdom, and the United States — will end on April 1.

The bans were originally meant to last until at least April 20, but Lam said they were “no longer timely” as the Covid-19 situations in the aforementioned countries were “no worse than [in] Hong Kong.” She added that it was a necessary move given the city’s status as an important business hub. At least four of the nine nations are home to a large Hong Kong diaspora and have long been key markets for struggling flag carrier Cathay Pacific. The decision will also be a reprieve for Hong Kong residents who have been stranded overseas since January, when the flight suspension took effect at short notice.

Returning travelers can look forward to a significantly shorter quarantine period from April 1. Fully vaccinated Hong Kong residents will only need to self-isolate for seven days in a designated hotel, down from the current requirement of 14 days. They will then be released after testing negative through daily rapid antigen tests, along with a PCR test on day five, but must take a second PCR test on day 12 at a community testing facility. The current risk-based classification system used for arrivals, which groups countries into categories based on infection rates, is being discontinued.

Lam also unveiled a tentative roadmap for relaxing the city’s social-distancing measures. From April 21, the limit on public gatherings will be raised from two to four people, while dining in at nighttime can resume until 10 p.m. with no more than four people seated at each table. Sports venues, gyms, and museums will have permission to reopen. During the next phase, whose timing is yet to be announced, business hours for dine-in services will extend to midnight and bars and nightclubs can then resume operations. Beaches and swimming pools will no longer be off-limits, and the mask-wearing requirement will end for those exercising outdoors or visiting country parks.