This serene property stands out for its setting, nightly dance performances, and an oceanfront onsen. 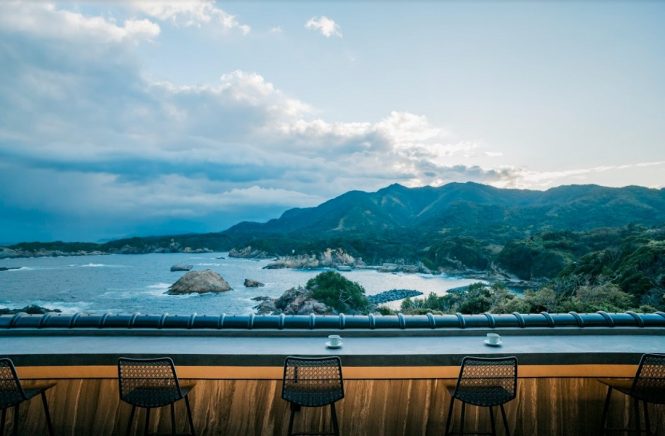 The view from the terrace at Kai Izumo. (All photos courtesy of Hoshino Resorts)

Hoshino Resorts’ hot-spring ryokan brand recently opened a second outpost in Shimane Prefecture on the less-trammeled north coast of Honshu’s Chugoku region. The newly built Kai Izumo takes up some prime real estate on Hinomisaki, a rugged cape revered for its candy-colored sunsets over the Sea of Japan. Asia’s tallest stone-built lighthouse — a whitewashed landmark dating back to 1903 — rises into the sky directly opposite the property. Guests will find themselves just a five-minute stroll from the historic Hinomisaki Shrine, while Izumo-taisha, one of the country’s oldest and most celebrated Shinto shrines, is a 20-minute drive down the road. (A smaller sister property formerly named Kai Izumo has since been rebranded as Kai Tamatsukuri.)

Comprising just 39 rooms across five categories, guest quarters at Kai Izumo either face west toward the lighthouse or overlook two shallow bays dotted with tiny islands in the east. Those with ocean views use local washi paper dyed in pink, recalling the sunrise to create a pleasing contrast to the color of the sea. An intimate library and coffee space stocked with travel books opens out to the terrace, and the moodily lit Yuagari Lounge offers drinks as well as popsicles during the warmer months. While there isn’t a swimming pool or spa, the guests-only indoor and outdoor onsen fed by chloride-rich hot springs allows tired travelers to soak up the minerals in the water and vistas of the Sea of Japan. 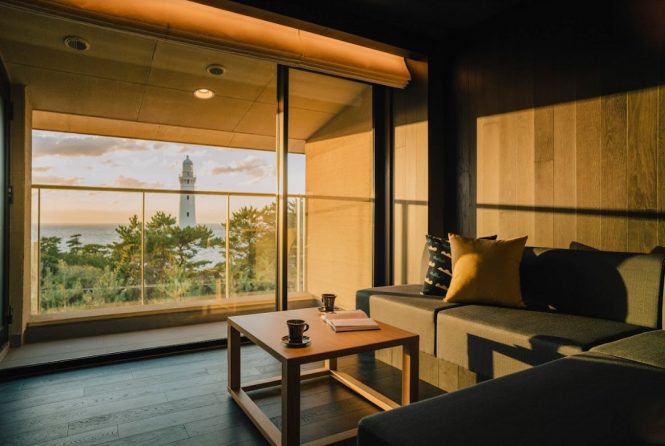 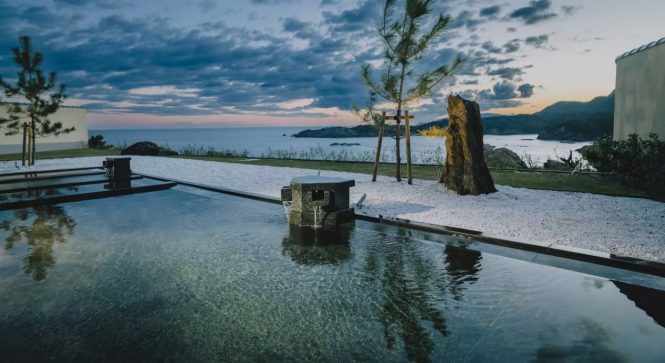 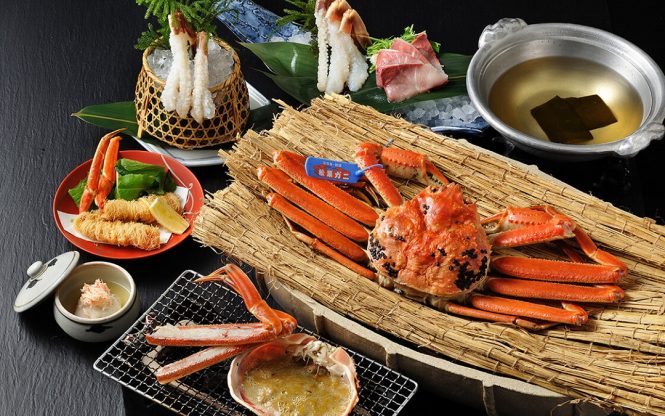 Matsuba crab and other local seafood star in the property’s kaiseki dinners.

Kaiseki dinners that harness the area’s seasonal marine bounty are served in semi-private rooms at the restaurant. Since Matsuba crab fishing season began early this month, the current menu features local crustaceans steamed in a wrapping of rice straw. Inspired by Okuninushi, the deity of abundant harvests worshipped at Izumo-taisha, the dish uses a simpler way of cooking that shows off the natural umami flavor of the crab.

From December onward, Kai Izumo will also tempt guests with a shinsen breakfast, based on the namesake offering of food to the Shinto gods. The meal will incorporate various ingredients of shinsen including freshwater and saltwater fish, vegetables, and seaweed, in addition to the three most important elements: rice, salt, and water.

Travelers can also learn about the mythical origins of Izumo-taisha through the ryokan’s Kai Cultural Discovery program. Accompanied by musicians playing drums and flutes, staff members will give nightly bonfire-lit performances of Iwami Kagura, a masked dance from Shimane Prefecture, on an outdoor stage with the sea as a backdrop.

hoshinoresorts.com; from US$176 per person per night, half-board 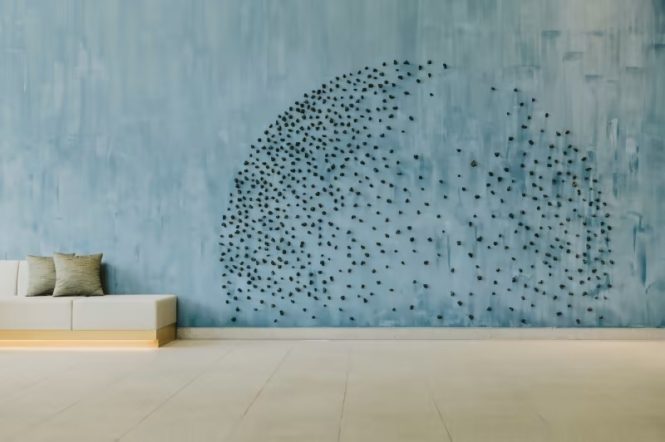 Artwork in a public space at Kai Izumo. 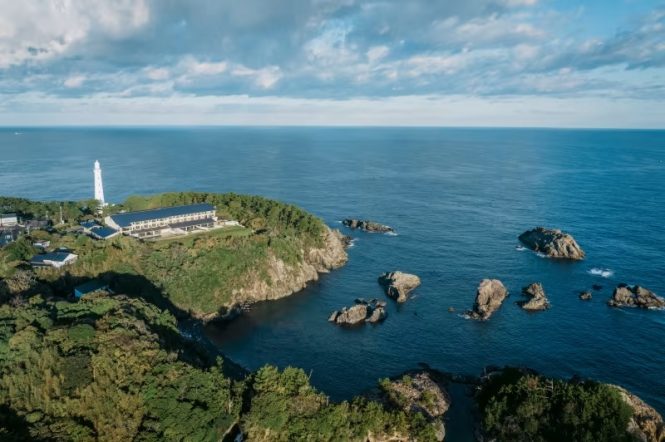 An aerial view of Kai Izumo and the Hinomisaki Cape. 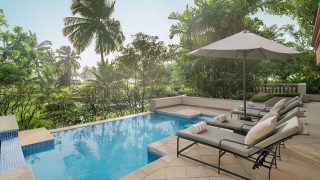 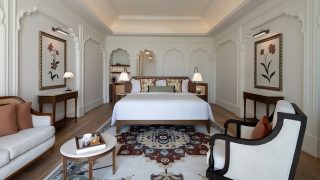 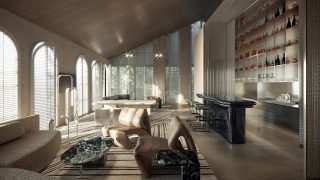 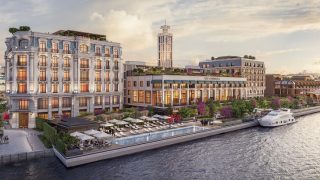 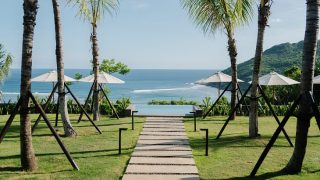 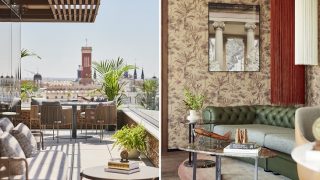