The suspension of passenger services from overseas destinations was first imposed in March. 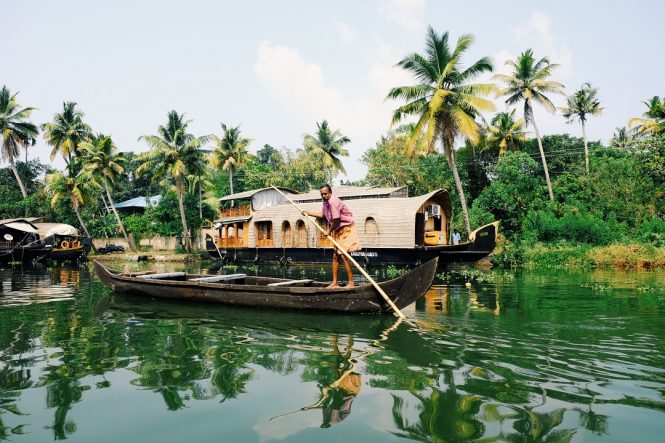 Boats on the Kerala backwaters outside the city of Alappuzha. (Photo: Kyran Low/Unsplash)

Given the accelerating numbers of coronavirus cases both at home and abroad, India has once again pushed back its plans to reopen its airports to scheduled international flights. New Delhi had hoped to lift restrictions on inbound flights by the end of July—after delaying its removal by two weeks—but the country’s aviation regulator has extended the ban three times since then, with the latest round of restrictions not due to expire until November.

A statement released yesterday by the Ministry of Civil Aviation said commercial passenger services to and from India would remain suspended until 11:59 p.m. on October 31. Notably, the prohibition does not apply to scheduled flights that have been approved by the Directorate General of Civil Aviation (DGCA) on a case-by-case basis.

So far, India has signed “air bubble” agreements with countries such as the United States, France, Germany, the UK, and Qatar to operate limited commercial flights and ferry stranded travelers back to their home countries. Bilateral deals were inked just yesterday with Kenya and Bhutan; the country is currently pursuing negotiations with Australia, Hong Kong, Japan, and Singapore to establish similar travel arrangements.

Though the name “air bubbles” might suggest otherwise, the policy does not give travelers the opportunity to bypass mandatory quarantine requirements. For example, Indian citizens returning to Delhi from abroad must face a weeklong quarantine at a designated facility, followed by another seven days of self-isolation at home.

DGCA chief Arun Kumar said in August that a full-fledged reopening of Indian airports to international flights would have to depend on the global pandemic situation. After the United States, India is the second worst-hit country by the overall number of cases, with just over 6.3 million confirmed Covid-19 infections and more than 98,000 related deaths as of October 1.