The new measures come in the wake of a controversial proposal to make PCR tests mandatory for passengers on all inter-city transportation. 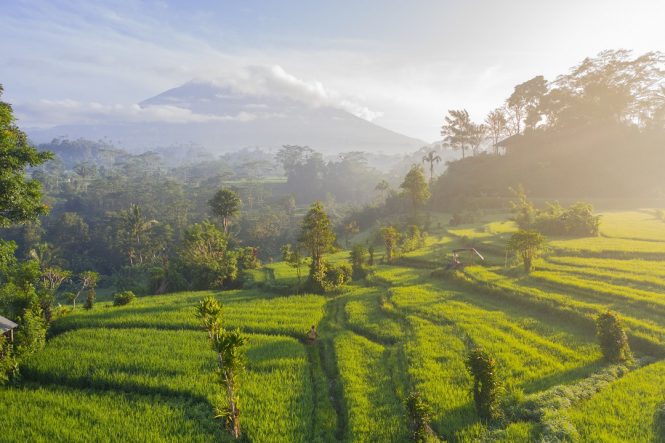 With coronavirus infections falling to low levels across Indonesia, authorities have now dropped a PCR test requirement for domestic air travelers heading to (or from) Java or Bali, aligning it with those for air travelers elsewhere in the archipelago. Cabinet minister Muhadjir Effendi announced the decision at a press statement earlier today, saying that a negative result from a rapid antigen test (taken within the previous 24 hours) was enough to be accepted for boarding.

On the flip side, Indonesia has now tightened rules for those going overland, regardless of whether they are taking public transportation or private vehicles. Anyone who travels more than 250 kilometers or four hours (whichever is longer) by road or rail within Java and Bali will be required to show proof of at least one dose of a Covid-19 vaccine, as well as a negative result from a PCR test taken up to 72 hours beforehand, or a rapid antigen test no less than 24 hours prior to departure. Spot checks will be carried out on arterial roads and at rest areas along major highways.

Tourism and hospitality businesses have lobbied the government to progressively lower the price ceiling of PCR tests over concerns that the added expense would stifle demand for domestic travel. Last week, Indonesia’s health ministry responded by cutting the cost of PCR tests in Java and Bali from Rp 495,000 (US$35) to Rp 275,000 (US$19); outside the two islands, the price has been sharply reduced from Rp 525,000 (US$37) to Rp 300,000 (US$21). By comparison, rapid antigen tests cost Rp 99,000 (US$7) in Java and Bali and 109,000 (less than US$8) elsewhere.

Authorities have brought in the new measures to stave off a potential surge in coronavirus infections following the year-end holidays. Indonesia’s Covid-19 caseload has drastically declined since a Delta-driven second wave swept through the country in July and August, when it hit a peak of nearly 60,000 cases per day according to official figures. The daily count of newly confirmed infections is now in the hundreds, with the overall positivity rate below one percent.