The investment minister says borders will remain shut for at least another four months. 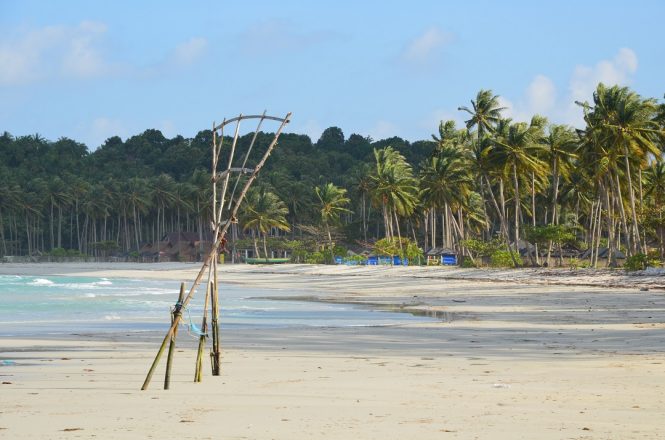 An empty beach at Trikora on the resort island of Bintan. (Photo: James Louie)

Bali’s much-touted plan to reopen to the world on September 11 now appears to be overruled by central authorities in Jakarta. At a webinar yesterday held by the Indonesian Employers Association (APINDO), Luhut Binsar Panjaitan, the country’s Coordinating Minister for Maritime Affairs and Investment, confirmed that Indonesia will be barring international visitors through December.

According to CNN Indonesia, Luhut said, “We want domestic tourists to reach 70 percent [of previous levels]. The problem with foreign visitors [is] we will not accept them until the end of the year.” He did not give any further details, but those comments suggest that Jakarta will extend restrictions banning all foreigners—except for diplomats, aid workers, and those with work or residence permits—from entering the country.

The minister said he was encouraged to see that coronavirus infections in certain destinations had fallen, paving the way for local visitors to return. “We are grateful that after two weeks the number of Covid-19 [cases] in Bali have decreased,” Luhut added, before espousing an anti-science view that critics say has hampered Jakarta’s pandemic response. “The governor said there were local herbs [that fight the virus] and he drank liquor made from them. Whether it’s true or not, the important thing is [infection numbers] have dropped, so I support it.”

Luhut’s words will dash the hopes of hoteliers and tourism operators in hard-hit Bali and the islands of Batam and Bintan in the Riau Archipelago. More than half of all visitors to Batam and Bintan typically come from nearby Singapore, and the Covid-19 pandemic has caused the permanent closure of the 450-room Bintan Lagoon Resort, a five-star property that operated for the past 26 years. At the same webinar, Indonesia’s tourism minister Wishnutama said at least eight million Indonesians travel abroad each year, collectively spending about US$9 billion, and the government was trying to find ways to shift that spend to domestic trips.