Dozens of cities outside the hardest-hit regions face tougher rules until the Idul Adha holiday on July 20. 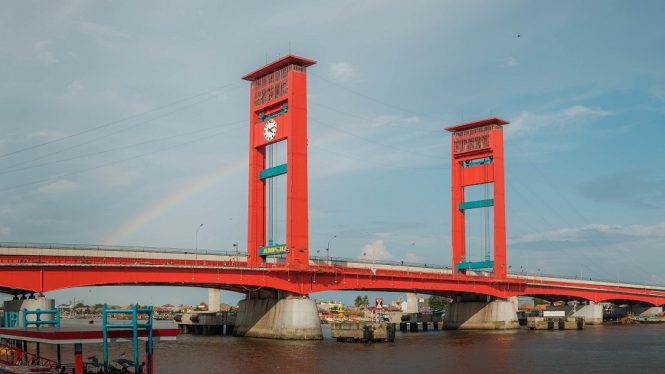 Days after imposing a partial lockdown on the islands of Java and Bali, Indonesian authorities have tightened coronavirus curbs in 43 cities and regencies elsewhere in the archipelago as the country battles a devastating wave of Covid-19 driven by the highly infectious Delta variant. Coordinating Minister for Economic Affairs Airlangga Hartarto confirmed the new rules at a virtual press conference held earlier today, and said the social distancing restrictions would last until at least July 20. He added that infections had increased by 43 percent over recent weeks in areas outside Java and Bali.

Under the latest rules, 75 percent of employees at non-essential workplaces must work from home. Schools will have to switch entirely to remote learning, while places of worship must be temporarily closed in the affected areas. Unlike in Java and Bali, malls can operate until 5 p.m. at 25 percent capacity.

All eight provincial capitals on Sumatra, including Medan, Padang, and Palembang, now face these greater restrictions, as do major cities in Kalimantan (Indonesian Borneo) such as Balikpapan and Pontianak. In eastern Indonesia, the tightened curbs cover Manado, Ambon, and three of Papua’s largest urban centers: Jayapura, Sorong, and Manokwari. Although case numbers are not as high in these places as in Indonesia’s worst-affected regions, officials are concerned over local healthcare systems that are not as well-equipped or as extensive as those in Java, and are less able to cope with the latest surge in Covid-19 patients. “Facilities in those regions are limited and overwhelmed,” said Airlangga.

Authorities now say they are preparing for a worst-case scenario that will see the daily count of Covid-19 cases skyrocket to between 40,000 and 50,000. Indonesia has logged a record number of both new infections and deaths for the third consecutive day; Wednesday saw the nationwide tally of confirmed cases soar to 34,379, while coronavirus deaths surpassed four figures (rising to 1,040) for the first time since the start of the pandemic.