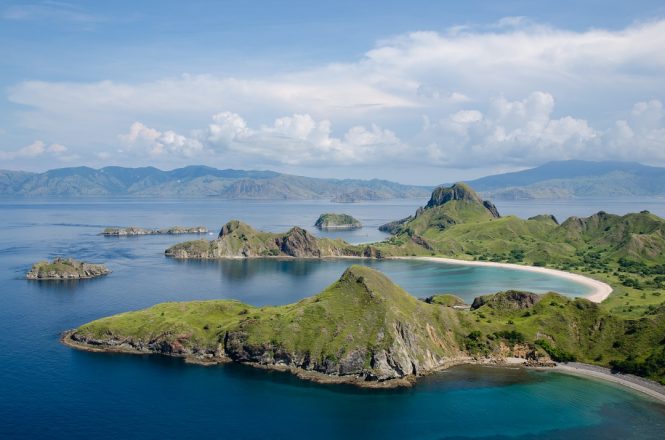 After months of being cooped up at home, the prospect of exploring the beaches, coral reefs, and rugged islands of Komodo National Park may come as a boon for adventure-minded Indonesians. But travelers will have to contend with several new rules and restrictions. Aside from wearing masks and bringing their own snorkeling equipment, those planning a visit to the park must register ahead of time via an online portal by the newly minted Labuan Bajo and Flores Tourism Authority.

Travelers are currently required to submit personal details and attach an electronic version of a Health Alert Card from the Indonesian health ministry, along with proof of medical insurance. The online form also asks visitors to specify the attractions they plan to go to both inside and outside park boundaries. Listed places include the snorkeling spots of Kanawa Island, Kelor Island, and Menjerite, plus several land-based sights such as Rangko Cave. For each attraction, tourists will need to give an estimated date of their visit, and if applicable, the time as well. The completed form should be printed and shown to officers on arrival at Komodo Airport.

Last month, the local tourism authority’s head Shana Fatina told detik.com journalists that the new registration setup would aid environmental protection while improving the quality of the overall visitor experience. “This online system is actually one of the applications of the premium destination management concept we want to achieve in the future,” she said.

East Nusa Tenggara’s provincial governor Viktor Bungtilu Laiskodat is continuing his push to market Komodo Island, which makes up about a quarter of the national park’s total area, as a “super-premium” tourist destination. An exclusive admission scheme is set to be implemented in the coming months, with the island open only to those willing to pay US$1,000 per person for an annual membership. The provincial administration will also impose a limit of 50,000 tourists a year on Komodo Island. While Laiskodat hopes to lure high-spending tourists with the promise of observing the dragons in their natural habitat, sightings on Komodo Island are in no way guaranteed, unlike the nearby isle of Rinca, where the resident reptiles are far more habituated to humans and can be seen lounging around the main ranger station.