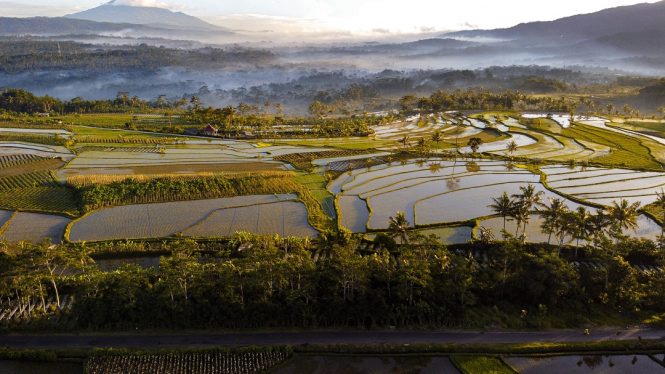 Top officials in Indonesia have said the country could begin reopening borders to foreign visitors in November, by which time 70 percent of its target population will likely have received at least one dose of a Covid-19 vaccine. Indonesian health minister Budi Gunadi Sadikin told Reuters that entry restrictions would be eased once the number of single-dosed individuals hit 140 million people, with rules relaxed further after a similar milestone is reached for fully vaccinated residents.

In recent months, Indonesia has only let in foreign nationals with diplomatic or work visas, but APEC Business Travel Card holders and other visitors are now eligible. Authorities have also reopened applications for single-entry B211 business e-visas, which are valid for 60 days and extendable for 30 days up to four times. This allowed some travelers to go on a working holiday in Bali last year despite the strict border closures.

Additional requirements for a visa application are a certificate showing the visitor is fully vaccinated against Covid-19, a statement letter confirming their intent to comply with health protocols in Indonesia, as well as proof of health or travel insurance. Incoming travelers must also undergo an eight-day quarantine at their own expense, take a PCR test on arrival and then a second test on the final day of self-isolation.

Bali was poised to welcome foreign travelers from September 11, an auspicious date in the traditional local calendar, but a devastating surge driven by the Delta variant put an end to those plans. No new timeline has been set, and local authorities are accelerating the vaccine drive before making further announcements. Bali is currently Indonesia’s second-most vaccinated region after Jakarta; 75 percent of its total population has now had a first dose, while about 53 percent has been fully inoculated.

But there is a widening vaccine gap between Java and Bali, which were prioritized for their perceived economic benefit, and other Indonesian islands. It has also proved a logistical challenge to reach communities in more remote parts of the sprawling archipelago. Nearly 3 million doses of the Pfizer-BioNTech vaccine have arrived in the country, but they can only be distributed in Greater Jakarta, as Indonesia does not have the means to transport the vials’ fragile contents to other places at the required ultra-low temperatures.

According to the latest official statistics, the country has partially vaccinated 76 million people, or just over 36 percent of its target population of 208 million. Meanwhile, more than 43 million residents have been double dosed, representing 20 percent of the national target. The health minister expects that more than 140 million people will be fully vaccinated by March 2022.