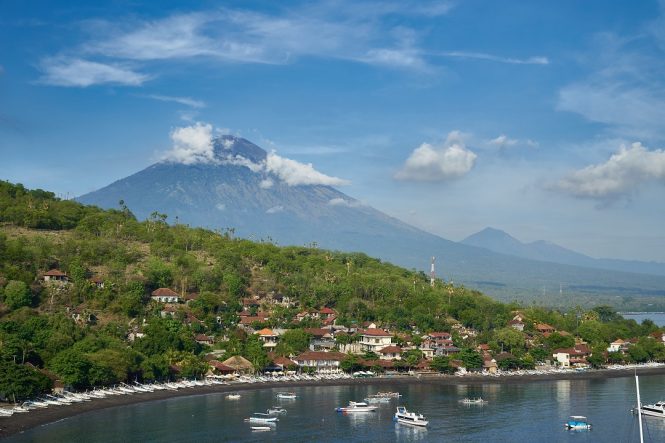 Indonesia’s government will no longer impose sweeping coronavirus rules to limit holiday travel nationwide and stave off a potential surge in the wake of the year-end festive season. Luhut Binsar Pandjaitan, the Coordinating Minister for Maritime Affairs and Investment, said the country was now better prepared thanks to the increased number of Covid-19 tests and improved contact tracing capabilities compared to the same period in 2020.

In a written statement published early Tuesday, the influential cabinet member said, “The government has decided not to apply PPKM Level 3 during Christmas and New Year in all regions. Implementation of the PPKM Level during this time will continue to follow the assessment of the pandemic situation according to what is currently in effect, but with some tightening.”

He added that the decision was informed by vaccination levels across Java and Bali, where 76 percent of the target population have received at least one dose, while close to 56 percent are now fully vaccinated. Pandjaitan also cited a recent serological study showing high levels of antibodies to Covid-19 among the Indonesian population.

But some temporary restrictions are being maintained to prevent large crowds from gathering. New Year’s celebrations remain banned in all public locations, while shopping malls, restaurants, and cinemas will be subject to capacity limits of 75 percent. Social and cultural events can still be held, though with a maximum of 50 participants.

Between December 24 and January 2, long-distance travelers must be partially or fully inoculated against the virus, and they’ll also be required to show a negative result from a rapid antigen test taken no more than 24 hours before departure. Those who cannot be vaccinated for medical reasons will be barred from traveling over long distances. Children not yet eligible for the shots are allowed to travel as long as they test negative through a PCR test up to 72 hours of their flight’s departure time, or an antigen test if going by land or sea.

As for foreign visitors, Bali remains open to travelers from 19 low-risk countries, but eligible arrivals must self-isolate in a hotel for more than a week before going out into the community. Last Friday, Indonesia increased its mandatory quarantine period for international arrivals from seven to 10 days, the longest it has been at any point during the pandemic.