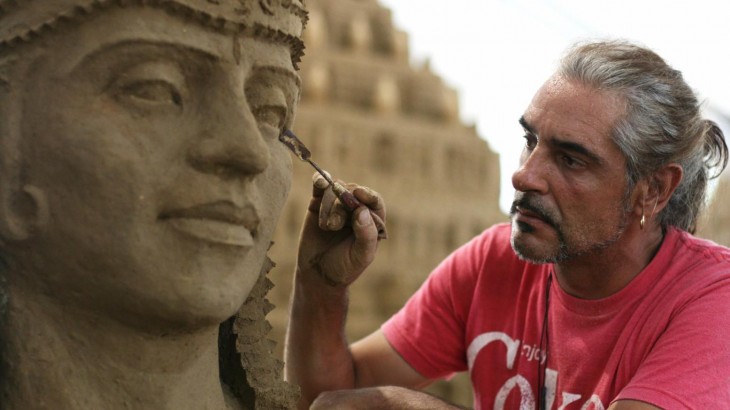 Above: Benjamin Probanza from Spain at the first Indonesia Sand Sculpture Festival.

The inaugural Indonesia Sand Sculpture Festival will take place in Bogor from December 18 until January 28, 2012. The event will have two themes, “Wonders of Indonesia” and “Wonders of the World,” and showcase replicas of famous landmarks, iconic images, and natural wonders. Professional sand sculpture artists from 11 countries, including the United States, Britain, Ukraine, Holland, Italy, and Japan have been invited to take part in the festival, for which around 2,400 tons of sand have been transported from Cilegon to the festival venue.

Admission tickets will be available at the door. The festival takes place at Taman Budaya Sentul City.