Had the controversial plan gone through, visitors would have had to pay US$240 to access large tracts of the wildlife reserve. 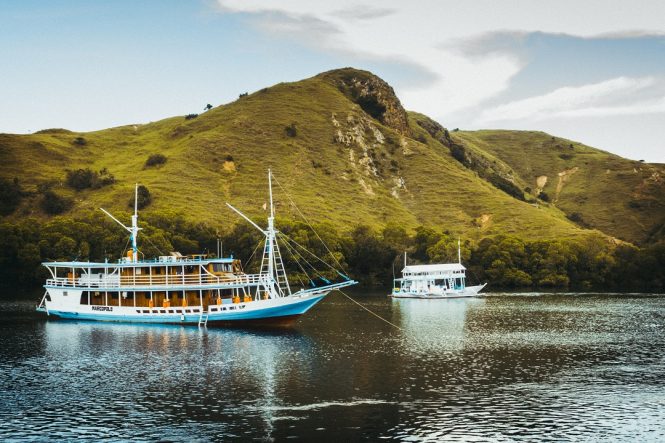 Tourism operators in the port town of Labuan Bajo, the gateway to eastern Indonesia’s UNESCO-listed Komodo National Park, can now breathe a sigh of relief. A long-floated government proposal to dramatically increase admission charges to Rp 3.75 million (US$240) per person has just been rescinded by Indonesian tourism minister Sandiaga Uno. At the official’s latest weekly press briefing on Monday, he said, “We guarantee that there will be no increase in tariffs, we will prioritize the safety and comfort of tourists.”  The entry fee hike was meant to come into effect on January 1, 2023, with a new system that would make tickets valid for a whole year. Charges will remain at Rp 150,000 (just over US$9) for foreign travelers coming on weekdays and Rp 225,000 (around US$14) on weekends and public holidays. Indonesian tourists will continue to pay Rp 5,000 and Rp 7,500 depending on when they visit.

Provincial authorities previously claimed the higher fees were necessary to fund the protection of the park’s ecosystem, but they have drawn the ire of local tourism players, who say that hundreds of bookings have been canceled in the wake of the proposed changes. Sandiaga also admitted that “the implementation of conservation in Komodo National Park has become a global concern.” According to a report in The Diplomat, UNESCO has requested Indonesia to halt government-led development projects within park boundaries. But construction work is still underway to expand visitor facilities, and recent rezoning efforts have shrunk the park’s protected wilderness area by two thirds to make way for more tourism concessions.

The brouhaha over Komodo National Park is among a string of controversies that have impacted Indonesia’s tourism sector even as the country seeks a post-pandemic recovery. In June, plans to raise ticket prices for the famed Borobudur temple, another UNESCO World Heritage site, to US$100 for overseas visitors and Rp 750,000 (US$48) for domestic tourists were quickly canned after triggering a major public outcry.

More recently, officials have sought to reassure travelers that the newly ratified update to the Indonesian Criminal Code would pose no risks to foreign tourists in Bali, after international media reported on its passages criminalizing sex outside marriage and co-habitation between unmarried couples. Last week, Bali governor Wayan Koster released a statement explaining that cases could only be prosecuted if they were reported by a parent, spouse, or child of the people involved, and hotels on the island would not ask for the marital status of guests at check-in.