Surabaya’s Juanda International Airport, the third-busiest in the country during pre-pandemic times, will be reopened to overseas arrivals. 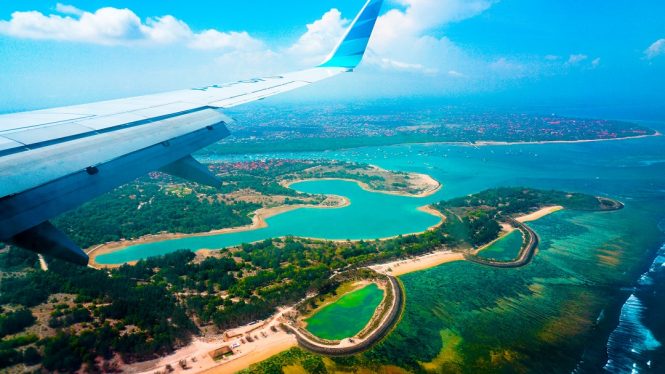 The view from a Garuda Indonesia jet on the final descent into Bali. (Photo: Yulia Agnis/Unsplash)

While there’s been recent talk of Indonesia extending the mandatory quarantine period for all incoming travelers to 14 days, we now have a bit more clarity on the cusp of the new year, with indications that there will be little to no substantial changes to existing policies. Luhut Binsar Pandjaitan, the country’s Coordinating Minister for Maritime Affairs and Investment, said at a press conference on Monday that the government will “implement a 10- to 14-day quarantine period according to the country of origin,” as Indonesia prepares for the return of thousands of citizens between January 1 and 20.

Luhut also said Juanda International Airport in Surabaya would soon begin accepting overseas arrivals, meaning the country’s second-biggest city is on track to welcome international passenger flights for the first time since the start of the Covid-19 pandemic. Designated quarantine facilities are being prepared around Surabaya to ease the pressure on those in Jakarta, where an influx of returning citizens throughout December has prompted concern over the limited number of rooms available at both hotels and government facilities.

Last week, Indonesia updated its entry rules to ban all foreign nationals arriving from Denmark, Norway, and the United Kingdom due to the “rapid spread” of the Omicron variant in all three countries. Hong Kong, the first Asian jurisdiction to detect the new strain, was dropped from the list, which also includes South Africa, Angola, Botswana, Eswatini, Lesotho, Malawi, Mozambique, Namibia, Zambia, and Zimbabwe. Foreigners who have a travel history to any of the aforementioned countries within the last 14 days will not be permitted to board any Indonesia-bound flight.

Indonesia has reported 46 Omicron cases as of Sunday, December 26. Nearly all involved returning travelers and were found during quarantine, but an infected cleaner at Wisma Atlet — a Covid-19 isolation facility that was originally built as the Athletes’ Village for the 2018 Asian Games — triggered a localized lockdown. Luhut added that the government would impose similar “micro lockdowns” in any place where local transmission of the new variant is detected. According to the Indonesian health ministry, all returning travelers must undergo PCR tests that can screen individuals for markers of the Omicron variant, with results known in as little as four to six hours after the sample is taken.