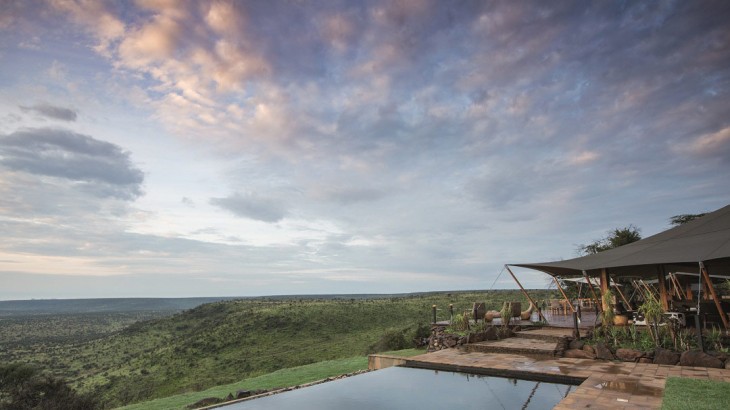 Unabashedly making the most of its location at the edge of an escarpment on central Kenya’s Laikipia Plateau, the newly opened Loisaba Tented Camp has one of the most beguiling swimming pools in Africa—between laps, guests can immerse themselves in a vista that stretches across the acacia-dotted plains to the slopes of Mount Kenya. The same views can be enjoyed from the comfort of the camp’s 12 tented suites, or better yet, up close and personal on a game drive: the grasslands of the surrounding Loisaba Conservancy support a surfeit of wildlife, including elephants, kudu, and lions. For the sweetest dreams, book one of the conservancy’s Star Beds—thatch-roofed platforms with beds that can be rolled out under the night sky (doubles from US$980).

This article originally appeared in the August/September print issue of DestinAsian magazine (“The Lure of Loisaba”).