We highlight six differences between current restrictions and those rolled out during the early months of the Covid-19 pandemic. 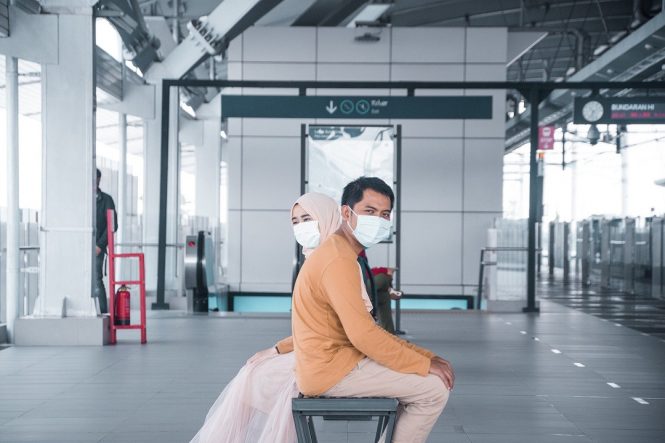 Residents of the Indonesian capital woke up this morning to a second round of Large-scale Social Restrictions (PSBB), which are set to remain in force for the next two weeks. Under the new rules, public gatherings in Jakarta are restricted to no more than five people, with trains and buses running at reduced frequencies and subject to a carrying capacity of 50 percent. Schools, parks, sports venues, and tourist attractions have all been closed, but on the whole, things are more relaxed than the PSBB imposed in April. Here are a few of the key differences:

1. Offices are open at 25 percent capacity

Jakarta governor Anies Baswedan appears to have walked back on an initial proposal for all employees in non-essential sectors to work from home. Workplaces in 11 major sectors—including healthcare, food and beverage, logistics, finance, construction, and hospitality—have permission to operate at half-capacity. Government offices and private companies that do not fall under those categories are required to limit employee numbers at 25 percent for the next two weeks. Upon the discovery of a positive Covid-19 case at an office, the whole building will be shut for three days.

2. Ride-hailing services can be used

Unlike the stricter PSBB early on in the pandemic, Grab and Go-Jek drivers are still able to pick up passengers with health protocols in place. Packages and other items can also be delivered across town.

3. Malls and markets remain open, but at 50 percent capacity

It is entirely possible (but not exactly advisable) to go shopping as retail outlets will continue to operate during this period. However, given the reimposed ban on dine-in services, eateries inside malls are only offering delivery and takeout. Should anyone at a shopping center or market test positive for the virus, the entire facility will be closed for three days for large-scale disinfection.

4. There are less restrictions on private vehicles

Whereas the earlier PSBB mandated that cars could only be filled to half-capacity with passengers seated apart, current restrictions limit numbers to two people per row of seats. However, families or individuals living at the same address are exempt from this rule. Jakarta’s odd-even traffic policy will not apply during this period; it is not yet known if the movement of private vehicles between Jakarta and neighboring provinces will be restricted as it was in the weeks leading up to Lebaran.

5. Some places of worship remain open

Major mosques, churches, and temples that draw worshippers from across the city must be temporarily shut, along with all places of worship in declared neighborhood-level “red zones”. But those used by local communities in less-affected residential areas can still operate at 50 percent capacity.

6. Self-isolation at home is no longer allowed

Starting today, Covid-19 patients must be housed in designated facilities to lower the risk of transmission within families and curb the development of new household viral clusters. Anyone who insists on isolating at home will be picked up by law enforcement officers.