As the number of new coronavirus infections continues to fall in Tokyo and other hard-hit areas, authorities are keen to jumpstart the faltering economy. 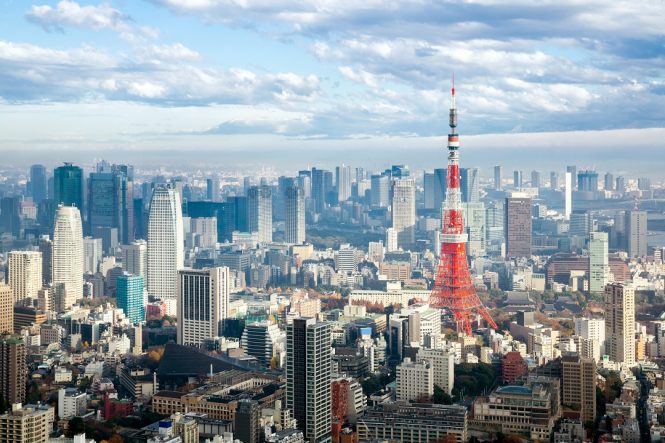 In a televised press conference yesterday evening, prime minister Shinzo Abe announced the complete lifting of the coronavirus emergency declaration, days before it was due to expire on May 31. The great majority of Japan’s 47 prefectures have loosened restrictions over the past two weeks, but until Monday, five remained under the state of emergency: Tokyo, Chiba, Kanagawa, and Saitama, as well as Hokkaido—the northernmost main island.

Like neighboring South Korea, Japan has managed to flatten the curve without imposing the strict lockdowns seen across Europe and the Americas. Residents have not been subject to mandatory stay-at-home orders or slapped with fines if caught outside for non-essential reasons; Abe took pride in Japan’s approach and the fact that there were no less than 2,000 coronavirus patients in hospitals around the country. “We did not enforce restrictions with punitive measures, but we have been able to bring the outbreak under control in just a month and a half,” he said.

Under the state of emergency, individual prefectures were allowed to impose their own measures to curb the spread of Covid-19. Tokyo governor Yuriko Koike has outlined a three-phase strategy to gradually reopen schools and get things back to normal; cultural facilities such as libraries and museums are welcoming the public once more, while service hours for restaurants have been extended, allowing them to operate until 10 p.m. (all eateries closed at 8 p.m. under the emergency declaration). Cinemas and shops selling non-essential items are expected to reopen by the end of the month. But live music venues, gyms, nightclubs, and karaoke parlors will remain shut until the final stage of recovery.

According to the Japan Times, the national government will take a cautious approach to allowing events. Authorities plan to reduce the risk of infection by capping audiences to just 100 people, before gradually increasing that number to 1,000 and then 5,000, with the goal of eventually reaching 50 percent capacity.

Aside from wearing masks and observing physical distancing measures, people are being asked to refrain from traveling outside their home prefectures until the middle of June, by which time the government will roll out a smartphone app that will send notifications to those who have had close contact with a Covid-19 patient. Japan’s professional baseball season is slated to begin on June 19, though without spectators, and the government will roll back restrictions based on assessments made every three weeks.