Singapore, South Korea, and Malaysia are among those chosen, thanks to close economic ties with Japan and their handling of the Covid-19 outbreak. 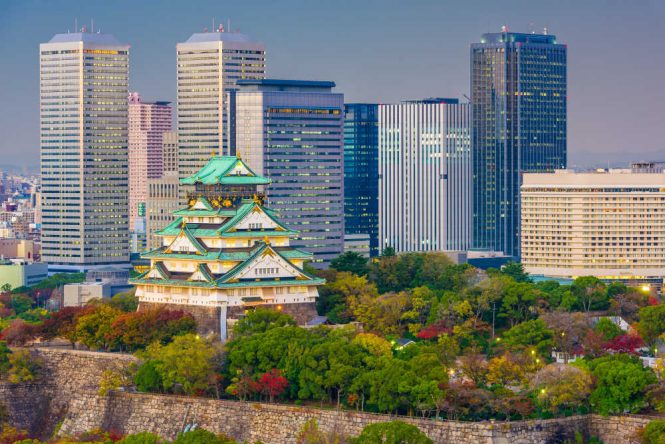 Osaka Castle and the skyscrapers of the Osaka Business Park. (Photo: Sean Pavone/iStock)

Jetting off to Japan for a vacation may not be possible given the current circumstances, but business trips could happen by the end of this year. Last month, Prime Minister Shinzo Abe’s government launched discussions with Australia, New Zealand, Thailand, and Vietnam on creating future “travel bubbles,” and Japan is now looking to expand those negotiations to 10 more countries, with talks set to begin this week.

At a press conference on Friday, Japanese Foreign Minister Toshimitsu Motegi told reporters, “We are planning to relaunch travel in stages, starting from countries that have suppressed the spread and transmissions of the virus.” Four of those—namely China, Mongolia, South Korea, and Taiwan—are in East Asia, while Southeast Asian nations being considered for the scheme include Brunei, Cambodia, Laos, Malaysia, Myanmar, and Singapore. If pursued, reciprocal agreements will eventually allow travel to resume from all ASEAN member states except for Indonesia and the Philippines, both of which have seen numbers of newly confirmed coronavirus cases rise sharply in the past few weeks.

Motegi also said Japan would first reopen its borders to business travelers, then progressively lift restrictions on international students and tourists. Abe’s government is proposing bilateral arrangements that would require visitors to test negative for Covid-19 before flying and submit an itinerary of their stay. In the meantime, Japan is planning to increase its capacity for PCR (polymerase chain reaction) tests by setting up testing centers outside Tokyo’s Haneda and Narita airports and Kansai International Airport in Osaka.

Foreign passport holders from 129 countries and territories, including all EU member states, are currently banned from entering Japan. Non-citizens who have stayed in or transited through those areas within 14 days of arrival will be turned away at the border, while returning Japanese nationals must be tested for Covid-19 and enter a mandatory two-week quarantine.