Above: The walls of Mutnovsky’s massive caldera tower.

A wilderness of towering volcanoes, epic glaciers, and an endless supply of fresh salmon, Kamchatka may be the ultimate destination for intrepid nature lovers

Our park ranger cocked his shotgun and moved a hand toward the flare gun on his belt, always the preferred option when confronted by an adult bear and an evolving set of circumstances. We didn’t intend to come between the mother and her cub, but the river in which they’d been gorging themselves on salmon moments earlier had separated them, its glacial current carrying the cub downstream and past our huddled group of 16 interlopers. Now, through no fault of our own, we were in the one spot humans should never be. When mother bear raised herself to a height of two meters and looked straight through us in search of her cub, cameras purchased in seven different countries clicked as one, despite there being nothing separating us from eternity save for a few scant meters of easily trampled Kamchatkan scrub and our ranger Alexey Bashnaev’s cache of soft lead, bear-killing slugs.

A fumarole letting off some stream inside the caldera of Mutnovsky volcano, which last erupted 12 years ago.

Fortunately, this story had a happy ending. Kamchatka brown bears are nowhere near as aggressive as their cousins the American grizzly, and feed almost exclusively on the region’s abundant annual runs of salmon, supplementing their diets with pine nuts, berries, and the occasional marmot. According to Alexey, only one in every hundred encounters here ends in a bear charge. That said, having spotted maybe 150 bears over the last three days, I was probably overdue for a mauling. But who dwells on statistics when they’re having the time of their life?

The Kamchatka Peninsula is in the Russian Far East, a little over two hours’ flying time from Tokyo. It hangs off the tail end of Siberia  like a fish-shaped pendulum, with the Sea of Okhotsk on one side and the Bering Sea on the other. How many bears live here? Nobody knows. Estimates range from as few as 8,000 to more than twice that number. Gathering information about bear populations (or anything else for that matter) in a region the size of Germany, Austria, and Belgium combined —472,000 square kilometres—but crisscrossed by only a few hundred kilometers of paved roads, isn’t easy.

Remote Kurilskoye Lake is the largest spawning ground for red salmon in Eurasia. From the comfort of our A-frame lodge on its shores, we watched bears chase one another over open meadows, mothers suckling their young, and cubs wrestling with siblings. We saw them emerging from the tundra to stroll along the perimeter of the lodge’s electric fence, and we watched as 650-kilo adult males barged their way through pristine rivers in their hunt for salmon.

A Kamchatka brown bear coming to grips with lunch in Kurilskoye Lake.

Salmon are the foundation stones of the peninsula’s food chain—remove them, and everything else collapses. A quarter of the Pacific Ocean’s salmon originate here, which is why the bears are so large and plentiful, the fish providing them the fats they require to see them through long, harsh winters.

If you’re after nature in the raw, then it’s hard to beat Kamchatka. Every encounter was wild, spontaneous, and thrilling. (And even potentially lethal, like the time a bear lumbered out from behind a thicket as we collected driftwood along the lakeshore for the evening bonfire.) When our first pair of Steller’s sea eagles appeared overhead showing off two-meter wingspans, one with a full-grown salmon hanging limply from its talons, the bird- watchers among us went into a veritable frenzy. Where were you supposed to point your binoculars in this place? Up? Down? Sideways?

Kamchatka has not always been so easy to get to. Still home to Russia’s Pacific submarine fleet, the peninsula was closed to the outside world—and even to most Russians—until the end of the Cold War in 1991. And while attached to the mainland, it might as well be an island, effectively cut off by terrain so impenetrable that even Stalin’s communists, with all their access to forced labor, never attempted so much as a road.

Today, more than half of Kamchatka’s 400,000 residents (most of whom are Russian, with a scattering of indigenous Koryak people) live in the capital, Petropavlovsk-Kamchatskiy, a seaport of drab Soviet tower blocks founded in 1740 by the Danish explorer Vitus Bering. But with the population density less than one person per square kilometer and almost a third of the peninsula designated as a wilderness reserve, once you leave the city, it won’t be long until you’re feeling at one with nature.

And what nature! Kamchatka is punctuated by more than 300 snow-dusted volcanoes, 29 of which are active. It has been dubbed the Land of Fire and Ice, and I had my first awe-inspiring look at it flying in from Tokyo on Vladivostok Air, gazing out at one peak after another. Among them is Mount Koryaksky, whose 3,456-meter summit filled the windshield of my taxi on the drive in from the airport. Koryaksky looks positively menacing. Just 28 kilometers outside Petropavlovsk-Kamchatskiy, it’s a so-called Decade Volcano, one of just 16 in the world constantly on watch because of their eruptive history and proximity to significant population centers. Koryaksky last erupted in 2009, when it ejected an enormous ash plume into the sky—which is as good a reason to get out of town as any. To go beyond Petropavlovsk-Kamchatskiy quickly and efficiently you’ll be requiring a helicopter, but not just any helicopter. Soviet-era MI-8 transport choppers first rolled off the production line in 1960 and have been a mainstay of air forces around the world ever since. MI-8s are noisy, they rattle, and passengers share the cavernous, buslike interior with their baggage, which is loaded through the helicopter’s rear clamshell-shaped cargo doors. It’s one heck of a ride.

Our first flight south from Petropavlovsk to Kurilskoye Lake tracked along some of the most spectacular coastal scenery anywhere, while our final approach into (yes, into) the caldera of Mutnovsky volcano saw us hemmed in by near-vertical walls of rock as we roared up a narrow pass to land on a slab of rock the size of a backyard swimming pool. Mutnovsky is complex, a geological jigsaw of four overlapping stratovolcanoes that has resulted in a labyrinth of craters, steam vents, and hot springs. Stepping out onto its pulsating, sulfurous bowl-shaped caldera, which at 1,540 meters was still a good 800 meters below the mountain’s ice-capped summit, was one of the great moments of my traveling life.

There are vast geothermal regions here, too, including the UNESCO World Heritage–listed Valley of Geysers, voted one of the “Seven Wonders of Russia” in a 2008 poll. Kamchatka’s warm waters and mineral springs have even helped preserve ancient species of flora decimated during the last ice age, such as the blue-needled fir tree. This makes it feel like some primordial lost world. Fortunately, though, for adventure seekers looking for that perfect mix of end-of-world landscapes and modern-day amenities, not too lost. The summer months (July to September) offer the peninsula’s warmest weather, though even then, average temperatures hover around 12°C. August is the peak of Kamchatka’s salmon-spawning season, with the best chance of spotting bears.

From Tokyo, Vladivostok Air (vladivostokair.us) offers direct seasonal charter flights to Petropavlovsk-Kamchatskiy in July and August. The airline has also just launched a twice-weekly service between Vladivostok and Singapore via Hong Kong, with onward connections to Kamchatka.

The peninsula is well served by local and overseas tour companies; the author traveled with Melbourne-based 50 Degrees North (61-3/8682-8905; fiftydegreesnorth.com).

Try your hand at mushing with Kamchatka Dogsledding Adventures (kamchatkahuskies.com), which offers sled tours around Petropavlovsk-Kamchatskiy and beyond. 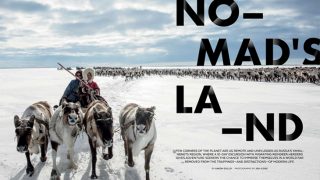 An Incredible Journey with Reindeer Herders in Siberia

An Incredible Journey with Reindeer Herders in Siberia

Few corners of the planet are as remote and unplugged as Russia’s Yamal-Nenets region, where a 10-...

Michelin-starred chef of Le39V to arrive in the City of White Nights to prepare two gala dinners.