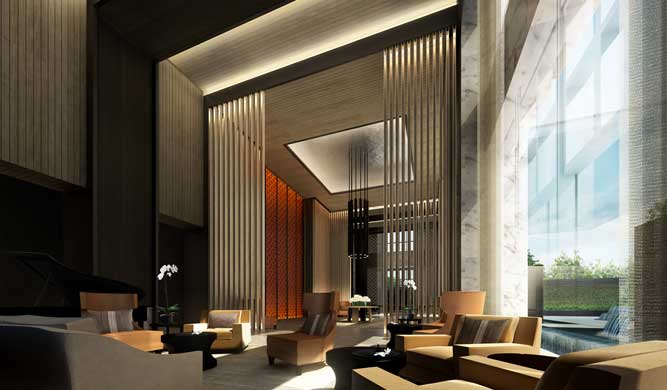 Above: The lobby at Keraton at the Plaza. Keraton at the Plaza, Jakarta’s first Starwood Luxury Collection property, has opened its doors for business.

The hotel occupies floors 8 to 22 of the new Keraton building by the Plaza Indonesia mall. With 140 rooms and suites, the hotel aims to live up to its name (keraton translates to “palace” in Javanese) with palatial bathrooms, round-the-clock butler services for the suites, and an intriguing blend of Indonesian and modern design. Each room features an iPod, DVD player, and 42-inch LCD TV, among other tech amenities. The new resort combines the quaint charm of Bali’s Sanur neighborhood with contemporary design and...