The Dutch national airline will run a four-times-weekly service continuing to Jakarta starting on October 30. 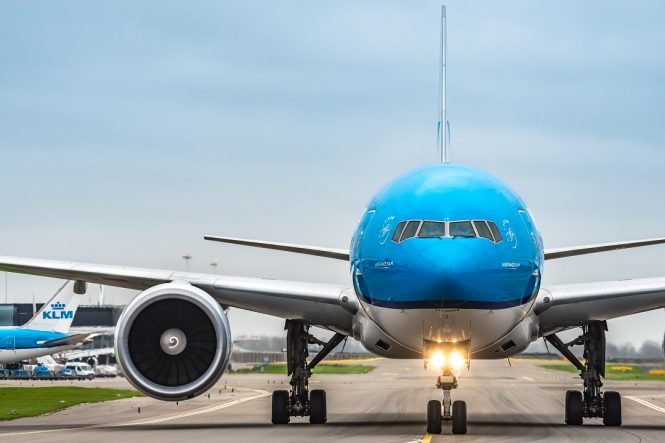 Holidaymakers and business travelers flying between Malaysia and the Netherlands can look forward to faster journeys, thanks to changes in the 2022–2023 winter schedule of KLM Royal Dutch Airlines. Following a 2.5-year-long suspension due to the pandemic, the SkyTeam alliance member is bringing back its nonstop services to Kuala Lumpur.

Two-class Boeing 777-200s will be deployed on the route. From October 30, Flight KL 0809 is scheduled to depart Amsterdam at 8:45 p.m. on Sundays, Tuesdays, Thursdays, and Saturdays; it will take 11 hours 55 minutes to reach Kuala Lumpur, where passengers will arrive at 3:40 p.m. the next afternoon. The Jakarta-bound jet then takes off for the next leg at 5:05 p.m. to land at Soekarno-Hatta International Airport at 6:10 p.m. local time. KLM’s short-haul flights between Kuala Lumpur and Jakarta will clock in at two hours and five minutes each way.

Meanwhile, the Jakarta–Kuala Lumpur–Amsterdam return service (KL 810) is set to leave at 7:25 p.m. on Mondays, Wednesdays, Fridays, and Sundays, when it will touch down at Malaysia’s busiest airport at 10:30 p.m. local time. The onward flight departs Kuala Lumpur at 11:50 p.m. and arrives in Schiphol at 6:20 a.m. the next morning, after 13 and a half hours in the air.

This planned resumption promises to shorten the travel time between Amsterdam and the Malaysian capital by just under three hours. KLM’s current direct service takes about 14 hours 50 minutes one-way, as it requires a stopover in Singapore. From Changi, flights continue to Kuala Lumpur every Thursday and Saturday; these switch to Jakarta every Tuesday and Friday. For passengers flying from Amsterdam to Jakarta, the new routing via Kuala Lumpur adds only 10 minutes to the journey, making it 15 hours and 25 minutes overall.