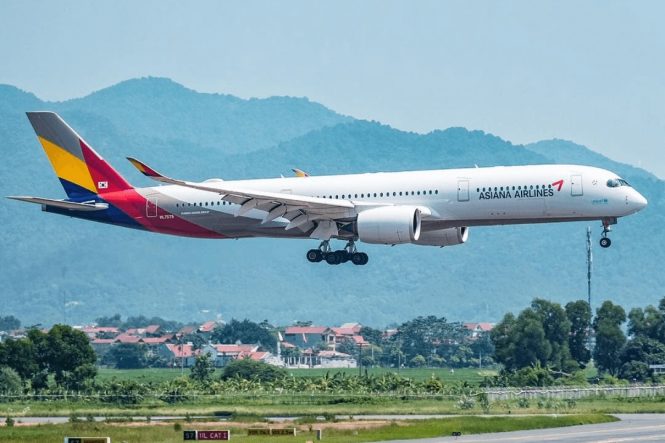 Saddled with debt well before the emergence of Covid-19, South Korea’s second-largest carrier Asiana Airlines is set to be taken over by its larger rival Korean Air. The Hanjin Group, Korean Air’s parent company, will commit US$1.6 billion to become its largest shareholder with a 63.9 percent stake in the struggling airline. The major deal, announced earlier this week, is expected to be finalized in the second half of 2021 should it be approved by South Korea’s antitrust regulator. This move has been cast as a bid to stabilize the Korean aviation industry amid the fallout of the Covid-19 pandemic. Once Asiana’s fleet of 82 aircraft is merged into Korean Air (which has 172 planes), the latter will rank as the world’s 10th biggest airline.

Hanjin said in a statement that it was also seeking to give South Korea’s global competitiveness a boost. “In general, countries with a population [of] less than 100 million have a single full-service carrier,” the company explained. “However, Korea has two full-service carriers, which gives it a competitive disadvantage compared to countries like Germany, France, and Singapore with a single major airline.”

Though both carriers will continue to be operated as independent brands in the short term, those words suggest that we could see Asiana gradually being phased out in the future, with Korean Air retained as South Korea’s sole full-service, long-haul airline. What is certain at this early stage is that three budget carriers—Korean Air’s Jin Air and Asiana’s low-cost subsidiaries Air Busan and Air Seoul—will be integrated.