Westbound flights from Seoul may take up to 14.5 hours as they have been rerouted around Russian airspace. 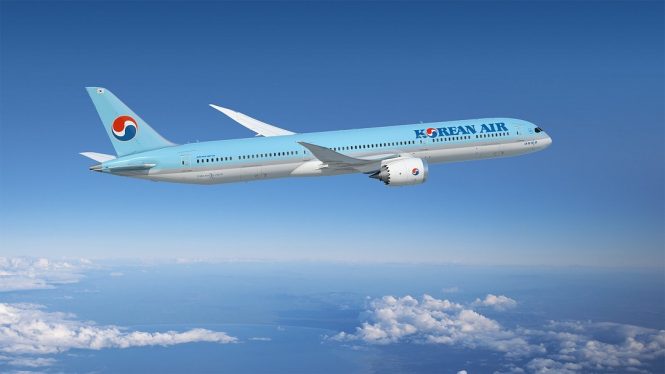 South Korea’s flag carrier now says it will be returning to Rome and Barcelona from September, more than two years after both routes were suspended in March 2020 due to the Covid-19 pandemic. The airline has been gradually adding back more European destinations since borders reopened worldwide, with the most recent resumptions being Milan and Vienna earlier this month. Though it is not subject to bans on overflying Russia, Korean Air has chosen to avoid Russian airspace as a precaution, making the intercontinental journey significantly longer than before.

Nonstop flights to Rome’s Fiumicino Airport are set to resume on September 1, and will operate three times a week on Tuesdays, Thursdays, and Saturdays. Taking approximately 13 hours and 30 minutes for the journey, KE931 is scheduled to depart from Incheon at 1 p.m. and touch down in Rome at 7:30 p.m. local time. The eastbound flight, KE932, will leave Rome at 9:25 p.m. and arrive in Incheon at 3:40 p.m. the following afternoon, after 11 hours and 15 minutes in the air. The route is being flown with fuel-efficient Boeing 777-200ERs, which can accommodate eight passengers in first class, 28 in the business-equivalent Prestige class, and 225 in economy.

Korean Air will then deploy two-class Boeing 787-9s, with 24 Prestige class seats and 245 in economy, for the thrice-weekly services to Barcelona beginning on September 2. Operating every Monday, Wednesday, and Friday, the outbound flight KE915 will depart Incheon at 11:40 a.m. and arrive in Barcelona at 7 p.m., 14 hours and 20 minutes after takeoff. KE916 will leave Barcelona’s El Prat Airport at 9 p.m. and return to Incheon at 4:05 p.m. the next day, with the flight time slightly shorter at an estimated 12 hours and five minutes.

Jumin Kim, General Manager and Director of Korean Air’s regional office in Western Europe, said in a statement, “We are excited to welcome passengers back to Rome and Barcelona after two and a half years. The European market is recovering faster than expected, and we are seeing a strong comeback in travel demand. We have recently resumed our Milan and Vienna routes and increased capacity on other routes. We will continue to closely monitor market trends and reinstate our remaining network accordingly as we work towards full recovery.”