Now, a new, rebranded incarnation stands in the same prime location on Jalan Sultan Ismail—EQ, a 52-story property with a modern and sophisticated persona. The glittering facade of Hotel Equatorial.

It has been seven years since the closure and demolition of Kuala Lumpur’s beloved Hotel Equatorial, once a byword for ’70s glamour.

Now, a new, rebranded incarnation stands in the same prime location on Jalan Sultan Ismail—EQ, a 52-story property with a modern and sophisticated persona. As much of a landmark as its predecessor, the building is adorned with a unique mosaic of steel strips against glass that also serves as an energy-saving feature.

Inside, there are 440 rooms and suites alongside a host of business and leisure facilities, including Sanctum, a luxurious spa and wellness center set 29 stories above street level. Fans of the old Hotel Equatorial’s Kampachi will be pleased to know that the award-winning Japanese restaurant has made a comeback, though there are plenty of other dining outlets competing for guests’ attention.

Among them: Étoile, a contemporary street café; the Bottega wine lounge; and Sabayon @ Sky51, a rooftop restaurant serving European-inspired cuisine against a backdrop of Kuala Lumpur’s glittering skyline.

This article originally appeared in the June/July 2019 print issue of DestinAsian magazine (“A Star Is Reborn”). 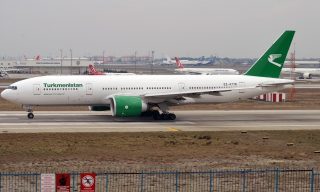