Restaurants, bars, and shops in Australia’s hardest-hit city have been given the green light to reopen. 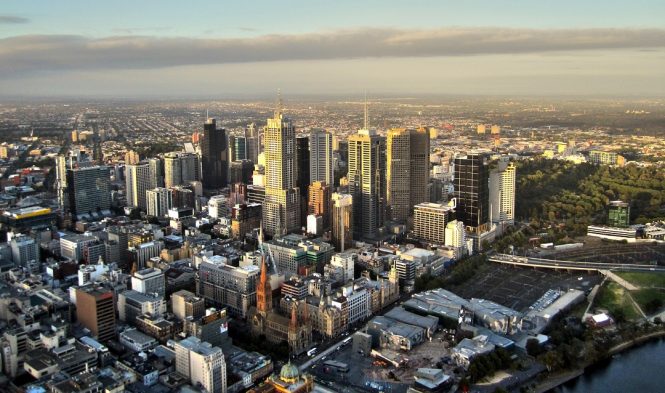 After the Australian state of Victoria went 24 hours without reporting a single new case of Covid-19, Premier Daniel Andrews has announced that the stay-at-home order for all five million residents of metropolitan Melbourne will be dropped from midnight on Tuesday. As of October 26, only 91 active cases of the virus remain across Victoria. The last time the state logged zero new infections was back in early June.

Andrews told reporters at a press conference that Melbourne would reopen in two phases, starting tomorrow. The first will see restaurants, bars, and cafés resume operations with up to 20 people seated indoors and a limit of 50 patrons outdoors. All these businesses are being asked to keep records of visitors as part of their efforts to stay Covid-safe. Shops, hotels, and beauty parlors have also been given permission to reopen, as well as libraries and outdoor entertainment venues. Weddings can be held with up to 10 people, while funerals will be able to host double that number of attendees. However, the rule limiting travel to 25 kilometers within people’s homes is set to continue until November 8, when the so-called “ring of steel” around Melbourne will come down and residents will once again be able to visit rural areas in regional Victoria. On that date, capacity limits for bars, restaurants, and other eateries will be raised to 40 seated inside and 70 outside.

Melbourne successfully brought its serious outbreak under control after enduring a four-month coronavirus lockdown that made headlines as one of the strictest and longest in the Western world. This outcome is a stark contrast to the situation in Europe and much of North America, where countries are battling a second wave after reopening too soon; for example, the total number of infections in both France and Spain have crossed the one-million mark in the past few days.

Late last week, the governments of every state except for Western Australia endorsed Prime Minister Scott Morrison’s roadmap to lift internal travel restrictions by Christmas. Tasmania has just reopened its borders to travelers from low-risk jurisdictions such as the ACT (Australian Capital Territory), South Australia, the Northern Territory, Western Australia, and notably New Zealand. Those arriving from Victoria and New South Wales are still required to undergo 14 days of mandatory quarantine.