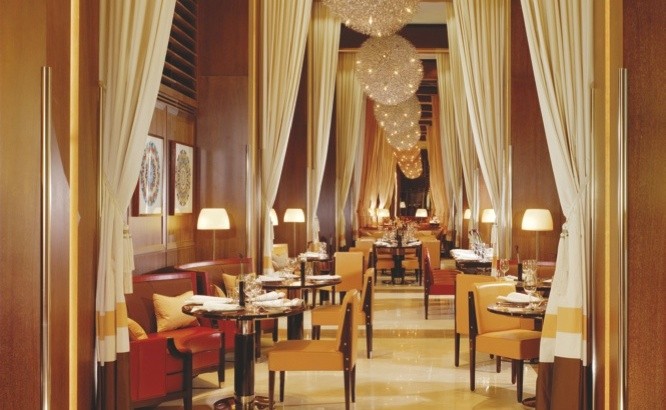 London’s high-end hotel scene continues to grow apace with the recent opening of 45 Park Lane (45 Park Ln., Mayfair; 44-20/7429-4848; 45parklane.com; doubles from US$612). Just a few steps from its sister property, the Dorchester, the new kid on the block has been drawing applause for its restrained luxe. The intimacy is helped by the fact that there are only 45 rooms, each furnished by French interior designer Thierry Despont in a muscular palette of warm browns, glossy leather couches, and Art Deco chrome. Holding center stage on the ground floor is an outpost of celebrity chef Wolfgang Puck’s Cut steakhouse. –Daven Wu