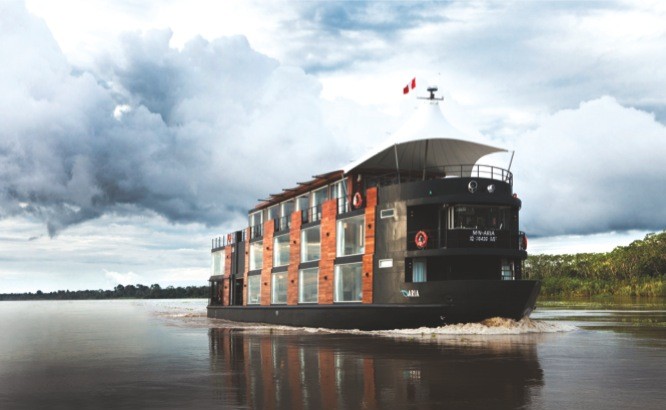 Looking for an intimate way to cruise the world’s second-longest river? Then book one of the 16 staterooms aboard the Aria (51-65/601-053; aquaexpeditions.com; three-night cruises from US$2,550 per person, double), the second vessel operated on the Peruvian Amazon by Aqua Expeditions. Heading toward its first high-water season on the river, the boat features an on-deck Jacuzzi, cuisine by acclaimed Lima-based chef Pedro Schiaffino, and floor-to-ceiling windows in each of its cabins, giving you a front-row seat to the passing scenery. For those wanting to look even closer, a program of naturalist-led excursions includes trips into the remote Pacaya Samiria Reserve, home to sloths and tapirs and jaguars. Oh my! –David Tse