The Higginses are already in the process of establishing a sister property, YasakaSoul, in Kyoto that may serve as their new base of operations. If development continues apace, “I don’t know if we’d like to hang on in Macau,” David tells me later that evening, gazing pensively at the now-deserted streets of the old city center. But asked what has kept him here for so long, there’s no hesitation in his response. Despite having little interest in gambling, he says, “Running a wine lounge, I’ve never been bored for a minute.”

The Macau government is hoping visitors will feel the same way. Conscious of the casino fatigue in some quarters, it’s busily promoting the city’s other assets: a new design center focused on local brands; walking tours of old neighborhoods; parades that highlight Macau’s mixed Sino-Portuguese heritage; flea markets and art fairs. Many of the local tourism office’s latest TV ads don’t feature any casinos at all.

This drive may see some of the city’s less recognized attractions get more attention, like Ox Warehouse, a pillar of Macau’s small but thriving art scene. The venue, which hosts around 10 exhibitions annually and operates on a commission-free basis, comprises a European-style administration building and (as its name implies) a cavernous former ox stable where the original feeding troughs are still embedded in the concrete floor. Sharing its grounds with a vehicle impound lot and situated across the street from the city’s only dog-racing track, Ox Warehouse is bathed in the slightly gritty, down-at-heel atmosphere that most galleries in Hong Kong would kill for.

The ebullient curator Gigi Lee, a multimedia  artist herself, says there’s been a clear reassessment of Macau’s priorities. “In the last few years the government and public have been more concerned about us, and about the creative industry and the arts in general. Maybe because of the casinos, they’re trying to balance things out.” But despite this, Ox Warehouse sees little casual tourist traffic, and “It’s not easy for young people in the arts—we don’t have many alternative, independent spaces. Rents have gone up a lot. But of course,” Lee smiles, “artists still exist.”

From there, I make my way down Avenida do Coronel Mesquita—named after a Portuguese colonial army officer who repelled a 19th-century Chinese incursion before plunging into madness and attacking his wife and children—past gracefully decaying mansions, smoke-wreathed shrines, and a seemingly endless number of pharmacies, toward the granite-clad St. Lazarus Church, one of the city’s oldest.

The surrounding area, St. Lazarus Parish, is being rightly groomed as a cultural quarter. Set amid tiled lanes and dignified old homes, its landmarks are a vivid illustration of the city’s bicultural legacy: here is St. Michael’s Cemetery, where a tiny, toy-like chapel stands watch over gravestones etched with a mix of European and Chinese names—it was the city’s first resting place for Chinese Catholics. Also the Lou Lim Ieoc Garden, a former retreat for a turn-of-the-last-century tycoon that bursts with delicate porcelain pagodas and birdsong; and the Vasco da Gama Garden, dominated by a weathered, century-old bust of the legendary Portuguese navigator. The entire district is a delight, every bit as rewarding as the Senado/St. Paul’s area in terms of colonial architecture but with chattering clusters of schoolchildren replacing the tourist hordes.

A few eclectic shops and exhibition spaces have set up nearby, including the government-backed Macau Fashion Gallery, where local designers can mingle and display their work. But the neighborhood’s clear centerpiece is the Albergue SCM, once a shelter for spinsters. It consists of a tranquil square framed by carefully restored golden-yellow buildings filled with a number of stylish tenants, including a boutique selling Portuguese jewelry, textiles, and potent fruit liqueurs, and Albergue 1601, an elegant Mediterranean restaurant. Quality European food is, admittedly, not hard to come by in Macau, but Albergue 1601 may just be unmatched in terms of atmosphere—patrons can choose to dine alfresco in the courtyard, shaded by stately camphor trees. 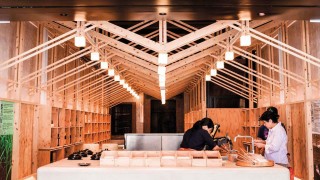 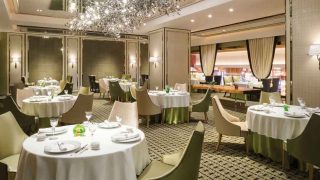 Here are our top picks of Chinese restaurants in the city where gambling and dining reign supreme. 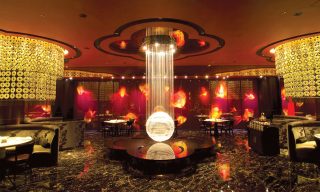 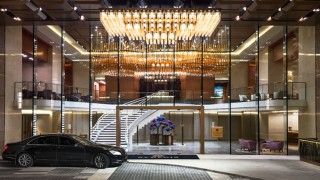 Upping the ante with 400 rooms, the property nonetheless exudes the refined opulence for which the b...