Malaysia’s newest budget airport is facing a delay in its expected opening. The additional airport, KLIA2, meant to accomodate additional budget carrier traffic, will open past schedule in May 2014. The airport was originally meant to open this month according to Malaysia Airports Holdings Berhad, who is operating the new US$1.27 billion terminal.

Kuala Lumpur is the headquarters of the regional budget carrier, Air Asia, and host to many other low-cost carriers. Bina Puri JV, the contractors for the terminal building have confirmed that the completion date will be April 30, 2014 with an start date of May 2.

The opening of KLIA2 will dramatically reduce the impacted low cost terminal airport and Kuala Lumpur International Airport. Malaysia Airports Holding noted on their website update that safety and quality are a top priority for the company, perhaps indicating the reasoning behind the extreme delay in the launch.

Rising costs and design changes had dramatically increased the cost of the new airport as well during on-going construction. The airport was originally projected to cost US$631 million, which has now doubled. 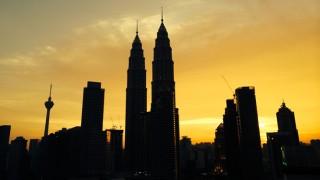 Making the Most of Kuala Lumpur

From creative cocktails to sophisticated five-star digs, KL is getting more appealing by the moment.

Two separate initiatives are being drawn up for business travelers and those with work-related long-... 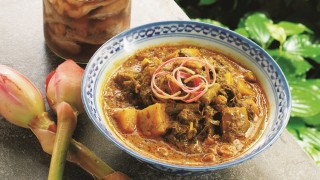 Nyonya chef and cookbook author Pearly Kee shares the recipe for her fish stomach curry, along with ...